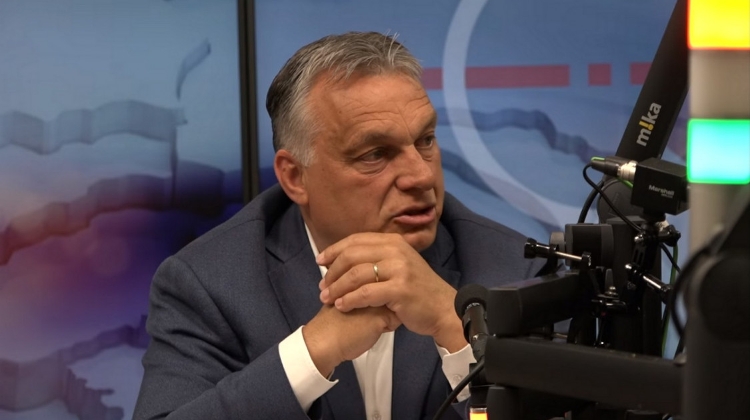 Prime Minister Viktor Orbán has appealed to Hungarians to register to receive the coronavirus vaccine, saying that all applicants would receive their first dose by Easter.

This would result in the highest vaccination rate in the European Union. Orbán also said in an interview to public radio that Human Resources Minister Miklós Kásler had acted wisely by stopping certain hospitals from returning to normal operations because these can join the fight against the epidemic.

Commenting on press reports about Hungary not tapping the entire amount of Moderna vaccine available, he said “we are good at tapping resources”, with 17 million doses of vaccine reserved by the country.

However, vaccines ordered by the European Union are arriving at a slower rate than projected and “without the Russian and Chinese vaccines we would not have enough.” The Chinese vaccine will soon become available to those overseeing the protective efforts, he said.

He slammed certain politicians for being “irresponsible”, insisting that the left wing was involved in spreading fake news and uncertainty, and trying to discourage people from getting vaccinated when this was the only chance to improve the situation.

Asked about possible EU infringement proceedings in connection with partial border closures, Orbán said Brussels was worried about the European economy being immobilised by curbs on freight, but now was not the time to hold each other accountable amid the Covid crisis, he added. Every country must protect itself and also maintain the flow of goods needed to run the economy, he said.

Orbán said that whereas he would prefer to defend the European Commission, the body deserved censure for wasting time by trying to obtain a vaccine cheaper, but ultimately its procurement efforts should be supported.

He insisted that Hungary’s strategy of sticking by its national right to licence vaccines was correct. The prime minister said the country’s vaccination drive was being run “rather well” and was progressing accordingly.

More people could be vaccinated at the same time if more vaccines were available, he said.

Regarding recent cyberattacks on government sites, he said the attacks came from “the international arena” as well as internally, the latter being political in nature. Protection systems need constant improvement, he added.