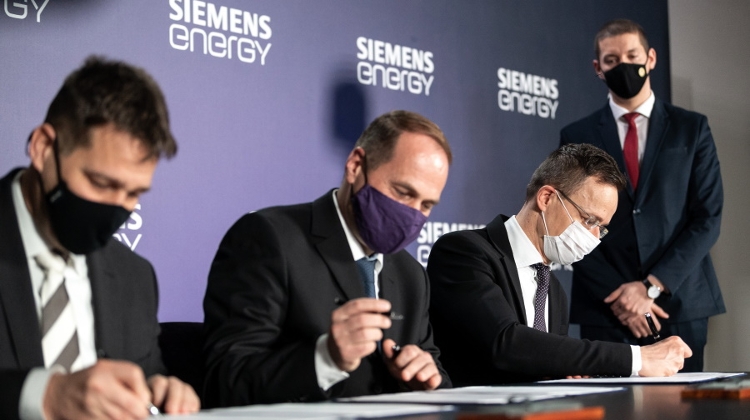 The government has signed a strategic cooperation agreement with Siemens Energy, the company announced, adding that they would launch a one billion forint (EUR 2.8m) investment project in Hungary.

Péter Szijjártó, the minister of foreign affairs and trade, said that the government is contributing 294 million forints to the project.

Under the partnership agreement, Siemens Energy will build closer cooperation with Hungary’s education system and further its ties with Hungarian suppliers, Szijjártó said.

The company’s new development project will facilitate application of the latest technologies and help preserve 1,400 jobs, the minister added.

He also said that Siemens Energy had one of its largest bases in Budapest, a major manufacturer of turbine blades.