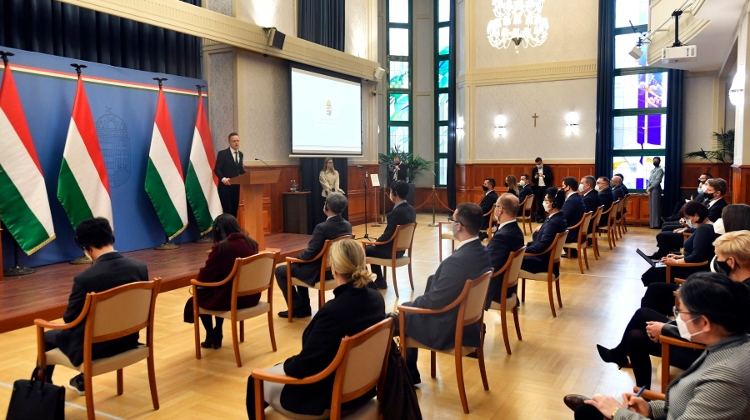 The board of directors of South Korean company SK Innovation decided on Thursday to build a new EV battery factory in Iváncsa, a village in Fejér county, Foreign Affairs and Trade Minister Péter Szijjártó announced on Friday.

The $2.3 billion project creating 2,500 jobs will be the largest greenfield operation in Hungary, he added.

The new factory will have the capacity to produce 30GWh of batteries annually, enough to power 600,000 electric cars.

Szijjártó said the state will provide significant support for the construction of the new battery plant, but the size of the state aid has not been finalised yet.

The government aid will certainly be the largest one-off investment subsidy in the history of Hungarian investment promotion, he added.

The location for the third plant, instead of an expansion in Komárom, was a surprise, Portfolio observes.

He added that Iváncsa was selected, as a new location, because of the locally available well-trained labour and its excellent logistics.

Portfolio adds that, thanks to the present investment, Hungary will become a leader in European battery production, because Asian manufacturers Samsung SDI, GS Yuasa and Inzi Controls have built battery factories in Hungary in recent years.