Budapest Chairlift Will Be Renewed After 50 Years 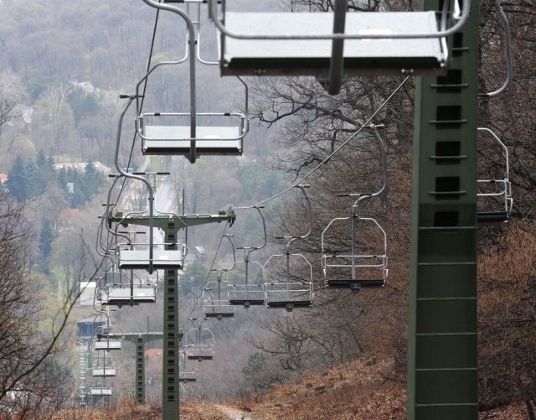 Fifty years after its grand opening, the Budapest Libegő, or the Budapest chairlift, will get a little facelift to accommodate modern needs and to increase its touristic value.

The chairlift starts at Zugliget and originally served the purpose fo greatly decreasing the time needed to get to the Erzsébet Lookout Tower on the top of János Hill.

According to BKV, designing the chairlift started as early as the 1930s when István Hantos first introduced his idea to the authorities of Budapest.

In 1933, he already started working on the blueprints.

The goal was to cut short the 1.5-hour walk to reach the top of János Hill.

It was not only a long but a relatively difficult walk, but anyone who wanted to ski, sledge, or just simply hike on the hill had to get to the top in order to do so. It seemed that for many, it was well worth it.

István Hantos asked the then-world-famous company, the Adolf Bleichert and Co. firm from Leipzig, who approved his plans. Unfortunately, due to the paperwork and WWII, they were not able to realise the design then.

After the war, there were financial problems, and the project was put off until 1967.

They used the original Hantos design and started building the chairlift in 1969. The steel cables and the chairs were purchased from Austria – who had much more experience with chairlifts –, but everything else was manufactured in Hungary.

Since then, it has become one of the more popular tourist destinations in Budapest. So, to honour that role, the chairlift will be renovated and modified to better suit modern needs.

According to Magyarépítők, the designing and reconstructing work will be conducted by MNT Systems, and the operation will cost HUF 3.6 billion (€10,000). One of the most prominent changes will be that the current two-seater hanging chairs will be replaced by four-seaters. This makes it possible for families to enjoy the 15-minute ride up the hill together.

It will use the same design, that is, it will still be a one-line chairlift with a total cable length of 1,056.35 metres. The chairlift will be 5.2 metres wide and will have 76 chairs to transport a total of about 304 passengers at once. The chairs will be placed on the cable from about 30 metres from each other.

To help make the chairlift safer, 11 new steel posts will be installed. The total difference in elevation between the Zugliget starting point and the station on the top of János Hill is 262.26 metres.

Due to the varied features of the hillside, the distance between each post and their height can be different from each other. Let us hope that the COVID-19 pandemic ends soon and tourists can visit Budapest to use the Libegő.

There is one more interesting thing about the Libegő – its name. When the construction was finished, the people had the opportunity to name it. Almost ten thousand votes were cast for different names.

Just a few examples: Janikopter (a play on the word helicopter and the name of the hill) or Hegyremegy (literally compounding the words: “go up the mountain”).