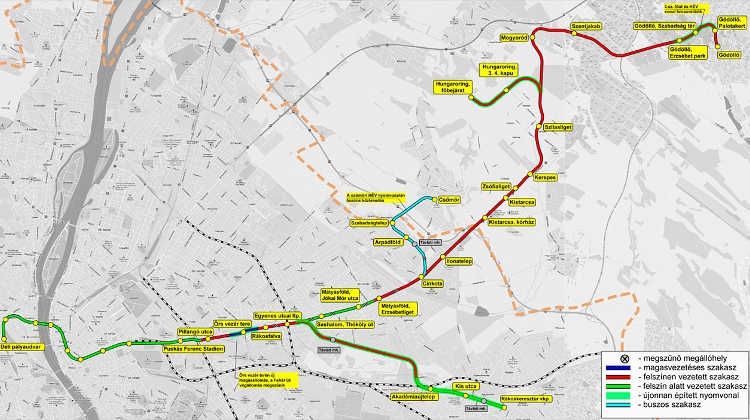 The government is allocating 4.6 billion forints (EUR 12.5m) for a project connecting Budapest’s metro line 2 and the HÉV railway line to the eastern suburbs, Gergely Gulyás, the head of the Prime Minister’s Office, said.

Gulyás, who is also the minister responsible for the development of the capital and its suburbs, told a press conference that the Budapest Development Centre, a body comprising government and municipal officials, took over the planning of reconstruction works from the municipality in 2020.

The decision makes it possible to finish the reconstruction in the 2021-2027 European Union financial period, Gulyás said. He insisted the city’s development was “stalling”, with its performance falling in areas in which the local authority oversaw important tasks.

“There is a lot more rubbish, traffic jams and homeless people on Budapest’s streets than before,” Gulyás said. Meanwhile, the city’s opposition leadership and the government were “doomed to cooperate” in the interest of the city’s development, he said.

Boosting public transport is a priority within that process, he said. Kristóf Szatmáry of Fidesz, the lawmaker representing the district in parliament, said the full investment was expected to come to some 200 billion forints, including the connection of the metro and suburban railway lines, the full reconstruction of the suburban line, procurement of new train carriages, and taking certain sections of the HÉV underground.