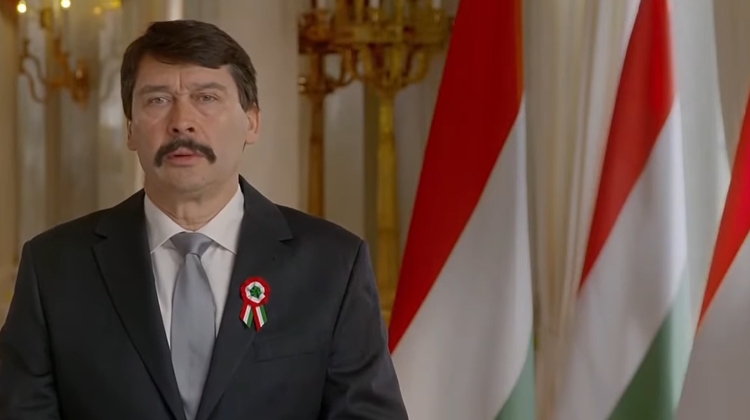 “In the face of danger, we become dependent on each other, and our own safety depends on the safety of others,” President János Áder said in a speech marking Hungary’s March 15 national holiday in front of Parliament.

“Are we capable of coming together even stronger than before against a force that threatens our lives and freedom and brings pain and death into our community?” the president said.

“Will we put out the fire of the pandemic with the simple decision to get ourselves inoculated, or will we remain victims, waiting helplessly for a miracle?”

“The struggle becomes personal when trouble is knocking on our own door,” he said. “We cannot face emergencies alone,” Áder said.

“But revolutions and wars of independence may not be enough on their own for us to recognise this.” Quoting 19th-century Hungarian poet János Arany, the president said: “… we must fight. But … is it not more admirable to fight gloriously for our cause than to surrender to the enemy …?”

Áder said Hungary’s civic transformation, “the greatest undertaking in modern Hungarian history”, would only be successful if Hungarians considered it personal to them.

“If freedom is an everyday experience, if it becomes meaningful and comes under threat, people are prepared to make sacrifices for it,” Áder said.

The president spoke after the national flag was hoisted with military honours in front of Parliament. The single central event of this year’s national holiday was followed by only a few people in Kossuth Square.

Like last year, all other state commemorations were cancelled due to the coronavirus pandemic.


The revolution and freedom fight was part of a series of uprisings in Europe in 1848. On March 15, citizens of Pest gathered in front of the National Museum and demanded independence from Habsburg rule.

Hungary’s first independent government with Count Lajos Batthyány as prime minister approved a reform package called the April laws. Later, the uprising grew into a war of independence, stifled by Austria and Russia in late 1849.