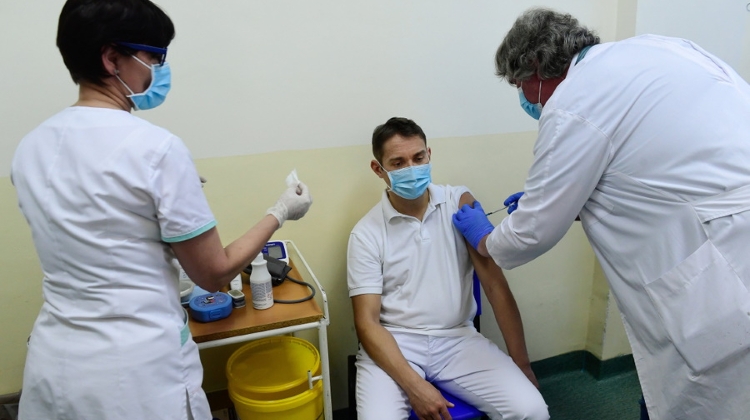 The daily epidemiological data usually posted on the official government coronavirus website in the morning did not appear until Tuesday afternoon.

There is a “strong suspicion”, according to website 444, that the release of the data was delayed until the two million level was reached, as Prime Minister Viktor Orbán announced in a video posted on his Facebook page on Monday that Hungary could reach two million vaccinations on that day.

That number should have been visible on Tuesday morning, but it did not happen, as the counter still showed 1,920,000 vaccinations.

The number of vaccinees was not announced at the emergency task force press conference in the morning. Officials only said that the two million level would be reached “in these hours”.

István György, head of the working team responsible for inoculations, told the press conference that 20% of the population has received vaccines, well above the EU average of 10.6%, due to the Eastern vaccines.

He said a record number of 540,000 inoculations were administered last week, including both first and second inoculations.

He said kindergarten, primary and high school teachers who had registered for vaccines by March 24 are expected to be inoculated on April 1-3.

Teachers are expected at 426 vaccination points in 101 hospitals between 7 a.m. and 7 p.m. on those three days. They will be inoculated with Pfizer vaccines.

György confirmed that armed forces vaccination buses are in service in small villages where there are no family doctors.

National chief medical officer Cecília Müller said those who do not have extremely urgent business to attend to, should not go into the community, nor go shopping.