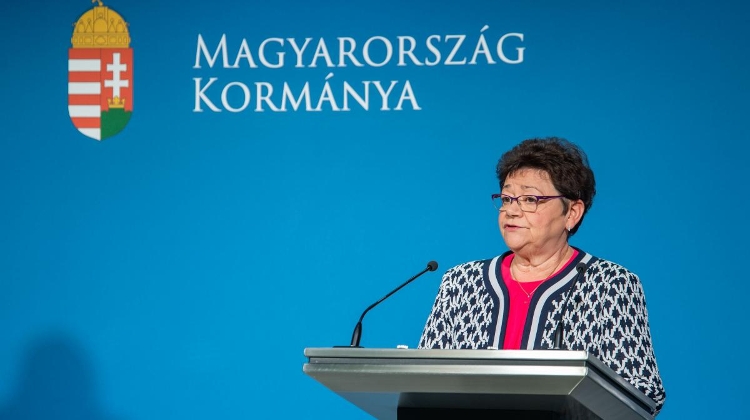 The impact of Covid-19 vaccines can already be seen in Hungary's trend of declining daily new cases, the chief medical officer said, adding that the number of new cases recorded had fallen by 21% since last week.

Cecília Müller told an online press conference of the central coronavirus board that the average age of the patients was 45 years.

More than 4,326,000 people have registered for a vaccine, and 69% of them have already received their first dose, Müller said.

Fully 33.4% of the Hungarian population has been vaccinated, compared with the European Union average of 18.5%, she said.

Public trust in the vaccine is rising thanks in large part to a flow of positive news and scientific studies on the jabs that are also in use in Hungary, Müller said.

She said the arrival of new vaccine shipments in the country would accelerate inoculations and allow everyone who has registered to get their shot.

Also, a government freight plane will return from China in the second half of the week “packed” with the next Sinopharm shipment.

He said the plane’s crew would also be busy next week. Meanwhile, Szijjártó said on Tuesday he will travel to Switzerland, “an important political and economic ally”.

Switzerland, like Hungary, has withheld its vote for the UN global migration compact, he said, adding that Swiss businesses employed thousands of Hungarians through multitudes of investments in the country.

Fully 199 patients, generally elderly with co-morbidities, died over the past 24 hours, while 1,645 new infections were registered, koronavirus.gov.hu said on Tuesday.

The number of active infections stands at 268,072, while hospitals are caring for 8,602 Covid patients, 980 of whom need respiratory assistance.

Since the first outbreak, 754,833 infections have been registered, while fatalities have risen to 25,580.