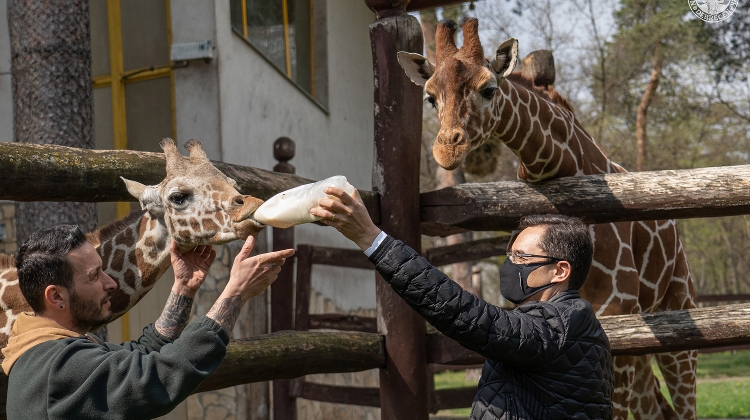 April 22 has been designated Earth Day for over five decades now, aimed at raising awareness of our shared responsibility for the conservation of our environment.

Due to the nature of their mission, modern zoos should go beyond merely showcasing the vast diversity of wildlife and set a good example in the use and promotion of environmentally conscious and sustainable technology.

Situated at the heart of the oldest nature reserve in Hungary, Debrecen’s Great Forest, the country’s first zoo outside the capital and one and only amusement park has committed to being a part of an active solution to climate change under an institutional Sustainability Strategy.

Besides a ban on disposable plastic products in catering facilities, separate waste collection and the introduction of online ticket sale, staff has been using all-electric vehicles for transportation on the premises since 2015.

Transportation is responsible for 20 percent of Hungary’s total emissions, so the start of the institution’s transition to a local zero-emission cargo car fleet is especially welcome.

As Hungary’s first zoo to set such a goal, Debrecen Zoo and Amusement Park has committed to making its fleet entirely local emission-free by 2030, in contribution to a climate neutral Debrecen.

Inaugurated today by City Mayor László Papp, the institution’s new plug-in hybrid is intended to reduce air pollution in Debrecen by completing daily local procurement runs in a fully electric mode. In addition, being able to switch to gas-powered mode will be of great help with international animal transfers.

This transition to electric powertrains is part of an ambitious climate action plan that aims to reduce the Zoo and Amusement Park’s ecological footprint with tangible steps. Future plans include the use of solar power to produce the energy required for local transports as well as the acquisition of an all-electric vehicle next year.

Cutting back on emissions by merely switching to partly of fully electric powertrains, however, is not a complete solution as the institution also intends to review and reduce the carbon footprint of their broader activities and supply chain, in addition to continuous efforts to incorporate energy-efficient technologies and to scale up recycling of materials.

The new member of the fleet has already been put to work in the transport of new residents on the premises – for today’s further great news is that the institution’s growing collection now includes some 900 individuals of 176 species thanks to not only births and hatchings but also the arrival of newcomers like Anthony’s poison arrow frogs, Malaysian giant leaf insects and a yellow-headed water monitor.

More new species never before kept in Debrecen are scheduled to arrive in the upcoming weeks. Visitors will get to meet the new Northern lesser galagos in their brand-new exhibit as soon as the Zoo reopens.

Newcomers include two young marabou storks that arrived on March 31 and now enjoy a pleasant spring weather in their vast outdoor exhibit along with the other exotic residents of the Africa Aviary.

It was here that the male and female had met for the very first time as they are from Dierenpark Amersfoort and Rotterdam Zoo (the Netherlands), respectively. As a future breeding pair, they have undergone gradual introduction to each other, with the first physical encounter preceded by a period of visual and auditory contact.

Marabou stork feeding shows have been a visitor favorite at summer events for years and will also return at 10:45 every day as part of the Zoo’s Animals in Action program after reopening.