Fire Kills One At Budapest Hospital 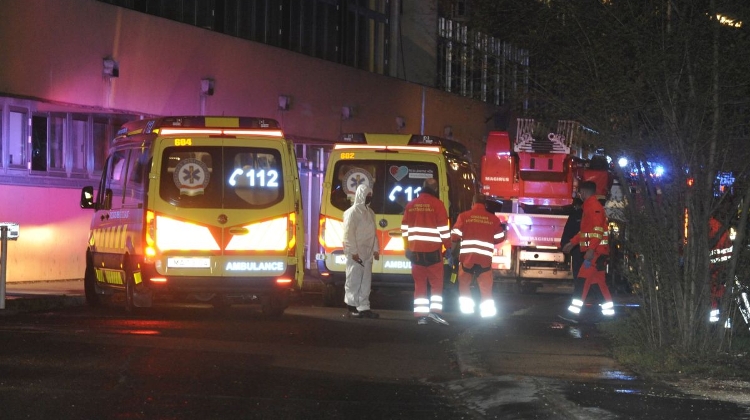 One person died of injuries sustained in a fire in Budapest’s St Margit hospital, the official website of the Hungarian police reports.

The fire erupted early in the morning on Tuesday. Furniture combusted in an 8 sqm area of which the police have evacuated two people, police.hu said. One of them died later on Tuesday.

The storey where the fire erupted was evacuated, and firefighters extinguished the fire before it could spread to other wards, the national disaster management authority stated.

Another patient caught in the flames was transferred to Budapest's Honvéd Hospital and is still being treated, his condition is serious but stable, the hospital's press service has informed MTI.

According to Telex.hu one of the police officers had to be treated for mild smoke poisoning. Police have launched an investigation into 'negligent homicide'.

Due to the fire, firefighters and police escorted 37 people to the other wing of the building.