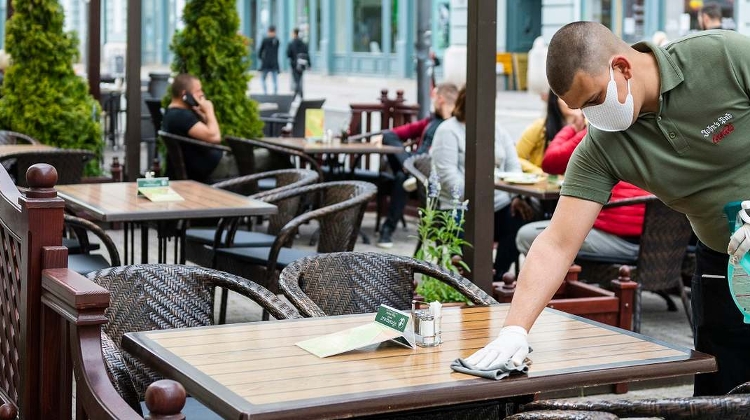 Bars and restaurants can start serving customers outdoors again when the number those inoculated against Covid-19 in Hungary reaches 3.5 million, the Prime Minister declared on Wednesday.

Currently around 3.05 million have received at least one jab, and so the outdoor catering scene can come alive again next week if all goes to plan.

According to telex.hu, government officials expect that catering scene terraces will be able to reopen from April 19.

PM Orbán also declared on Facebook that 5-8 graders would continue with their online classes at home until May 10, however already from 19 April nurseries can open again and the lower graders of primary schools can return to classrooms.

The opposition LMP has called on the government to keep primary schools and kindergartens closed, given the persistent high number of coronavirus infections.

Máté Kanász-Nagy, the party’s co-leader, said schools should only be opened once teachers are fully protected by both doses of the vaccine.

If the government sticks to its plan of opening primary schools and kindergartens on April 19, parents should be given the option of keeping their children at home, he said.

Kanász-Nagy argued that schools could easily become infection hotspots, adding that children, teachers and other staff should be tested for the virus several times a week.

Referring to the government’s decision to open secondary schools on May 10, the LMP politician said that it would also make sense to open primary schools and kindergartens at a later date.

Over 4 Million Registered For Vaccination

So far, 4.11 million people in Hungary have registered for coronavirus vaccinations, and 64% of them have received at least their first jab, the state secretary heading the central team in charge of the vaccination programme said.

István György welcomed the steady rise in the number of registrations. 1.5 million registered were older than 65, and 1.4 million people overall have fully inoculated, he said.

178,000 teachers were given preferential shots in two rounds, representing 80% of the profession, György said, adding shots would be administered to a further 30,000 teachers.


Patients in the highest risk groups have also received their shots, and most GPs are under way vaccinating active age adults, he added.

Some 2.13 million people in the 18-59 age group have registered, and over 800,000 have been inoculated, he said, adding that each registered person would get a shot “within weeks”.

Cecília Müller, the chief medical officer, underlined that the third wave of the pandemic had reached its plateau, with “some indicators showing a slight decrease”, but warned that the virus was becoming more infectious and “the danger is not expected to have receded in the near future”.

She noted that the Janssen vaccine had arrived in Hungary, so that now there are six types of vaccine available in the country.

87% Of Teachers Object To April 19 Return To Classroom, Says Union