87% Of Teachers Object To April 19 Return To Classroom, Says Union 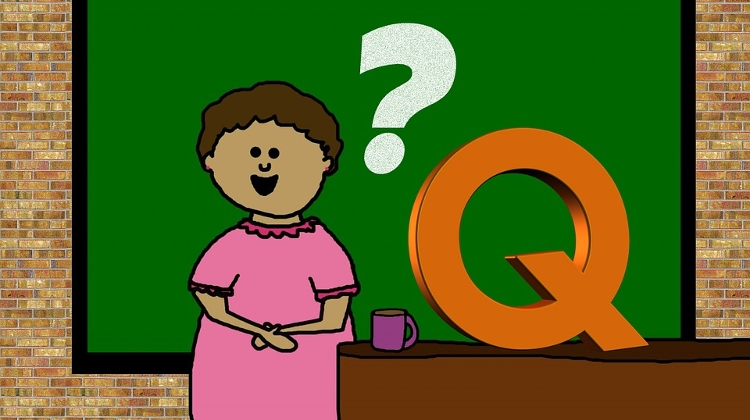 Fully 87% of teachers would prefer not to return to the classroom on April 19, while 54% said they would obey the instruction to do so, according to teacher union PSZ, citing a fresh survey by 21 Kutatóközpont.

The survey indicates that only 7% of respondents agree with the decision to reopen primary schools and kindergartens on April 19.

Zsuzsa Szabó, the union’s head, at an online press briefing thanked health-care staff for sacrificing their free time at Easter and last weekend to vaccinate teachers, adding that PSZ believes that a hasty return to the classroom would be dangerous for everyone involved.

At the same time, she welcomed the postponement of the opening of secondary schools to May 10.

Szabó added that the results of their survey had been passed on to education managers, and hopefully this may have an influence on changing the decision.

The opposition LMP has called on the government to keep primary schools and kindergartens closed, given the persistent high number of coronavirus infections.

Máté Kanász-Nagy, the party’s co-leader, said schools should only be opened once teachers are fully protected by both doses of the vaccine. If the government sticks to its plan of opening primary schools and kindergartens on April 19, parents should be given the option of keeping their children at home, he said.

Kanász-Nagy argued that schools could easily become infection hotspots, adding that children, teachers and other staff should be tested for the virus several times a week.

Referring to the government’s decision to open secondary schools on May 10, the LMP politician said that it would also make sense to open primary schools and kindergartens at a later date.

Fully 88.7% of teachers who have registered for the coronavirus vaccine have been inoculated, Human Resources Minister Miklós Kásler said. The vaccination of school, kindergarten and crèche teachers continued over the weekend, totalling at nearly 200,000, Kásler said.

“A high inoculation rate of teachers is an important step towards the safe reopening of our schools,” he said, calling on all teachers to register and accept the vaccine when they are offered it. Primary schools are opening on April 19, while secondary schools will do so on May 10.