Summary Of Current Covid Rules In Hungary & What To Expect Next 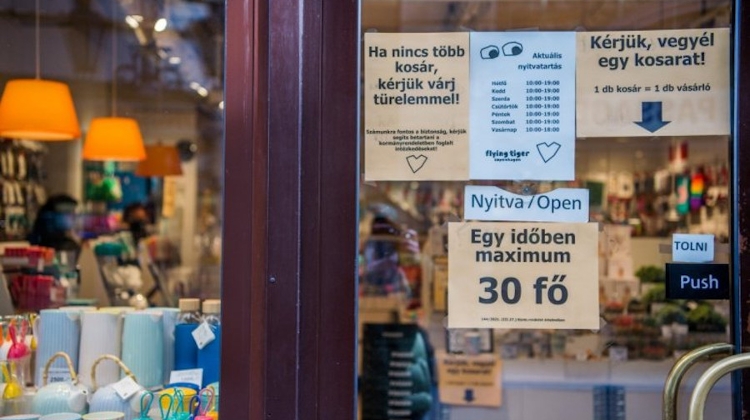 Hungary began the first stage of a gradual easing of coronavirus restrictions yesterday, after passing the 2.5 million vaccinations mark. Given the number of government changes to the regulations so far, here's a summary of the current situation - including infection rate data. Also included is official info about the next stage of reopening, which is set to take place in less than a week.

Rules for this phase of the reopening were published in the official gazette Magyar Közlöny on Tuesday:

The new rules see the evening-night curfew shortened for the period from 10pm to 5am.

Shops will now be allowed to stay open between 5am and 9.30pm as follows:

* The number of customers will be limited at one customer per 10 square metres of floor space.

* Some stores may introduce stricter and additional conditions, such as IKEA

The temporary ban on services will be lifted, hairdressers, beauty parlours and other service providers can reopen.

* Catering facilities will still not be allowed "to serve customers locally", only for take-aways.

* Also for the time being, gyms and hotels will remain closed.

István György, a state secretary of the PM’s Office, said that Hungary continued to be among Europe’s pacesetters in vaccinations, having administered over 778,000 jabs over the last seven days.

All this comes at a time when the death rate here is still considered to be very high, and active infections are now at an all-time high in Hungary

What can expats here expect next?

Further easing of restrictions can happen within 5-6 days once vaccinations reach 3 million.

Asked about the view that lifting restrictions should be tied to the number who are fully inoculated, Gulyás said vaccine recipients already develop a level of immunity after receiving the first shot.

Although two shots are required for an even higher degree of immunity, those who get at least one shot are significantly less likely to get infected. The government’s position that the first shot is the most important is based on expert opinions, Gulyás noted.

The number inoculated in Hungary with at least the first jab is expected to reach 4 million before the end of April.

He also announced that so far 3.95 million people have registered to be vaccinated, while another 200,000 health-care staff have been inoculated without registration. This means that over 50 percent the 8 million adults in Hungary have already been vaccinated or soon will have been, he stated.

He concluded by saying hopefully Hungary could return to normal in late May or early June.