Budapest Airport Closes Worst Year Ever In 2020, Recovery is Upon Them 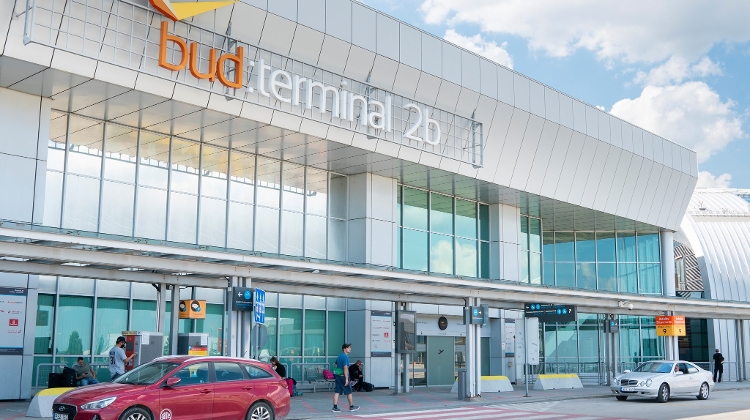 After the best year ever in terms of passenger traffic, 2020 was the most difficult year ever financially for Budapest Airport. The company ended the financial year with a loss of 110 million euros.

In spite of the unprecedented difficulties, however, the operation and financing of the company remain continuously stable and its continued liquidity is well ensured.

The financially strong owners, who are committed to the airport in the long run, spent the profit realized in 2019 on the crisis management of Budapest Airport, whereby the company financed its operation partly from its own resources and to a smaller extent from market-based funds, while also implemented numerous developments totaling 81 million euros in 2020, in spite of the drastically reduced sales revenues.

Looking forward, the Budapest Airport is again ramping up operations and foresees a bright future ahead.

2020 presented the aviation industry with the biggest challenge in its history. After the record-breaking year that was 2019, the coronavirus pandemic brought unexpected difficulties that are painfully apparent in the financial reports of all companies operating in the industry.

2019 was a record year for Budapest Airport in many respects; thanks to the persistent route development work, the number of destinations accessible from Budapest reached 153 by the end of the year, which was the highest number ever in the history of the airport.

The upward trend continued during the first two months of 2020; in January and February, the monthly passenger number exceeded even the 2019 levels by 16% and 15%, respectively.

However, passenger numbers dropped to less than half in March with the spread of the coronavirus, and even more drastically, by 99.3% in April. The drop in traffic was stable at around 95% during the last few months of the year, and annual 2020 passenger traffic reached 24% of the 2019 volume.

Due to the decreasing passenger numbers and the halting of the related services, the net sales revenue of the company was 118 million euros, 65% less than in 2019.

Budapest Airport was to some extent able to substitute the revenue lost due to falling passenger numbers with record-high cargo turnover and property revenues from some major tenants who are not dependent on passenger traffic, like aircraft maintenance and integrators.

This showed the strength and the significance of the diversification strategy that the airport had pursued during the past years.

Despite all these challenges, the financial position of Budapest Airport has been stable and secure since last year. Moreover, the operator carried out airport development in the amount of 167 million euros over the last two years, with nearly 50 percent of that amount being spent in 2020, despite the severe impact of the pandemic.

This was partly provided through the support of its owners (who also reinvested the dividend from 2019 into 2020 operations) and to a smaller extent from own and other, market-based sources of financing.

Thanks to the successful financial management of the previous years, not even the international crisis caused by the coronavirus pandemic could ruffle the airport.

The company maintained continuous and safe airport operations despite the excessive decrease in traffic and the significant financial losses due to foregone revenues during the coronavirus pandemic, and ensures the financial, personnel and infrastructural conditions required for the passenger traffic recovery already under way in 2021 and beyond.

Chris Dinsdale, the CEO of Budapest Airport said: “Following a year when many airlines and airports globally have received significant state support packages, Budapest Airport has weathered 2020 successfully solely with its own resources, and is currently financially extremely stable.

As the pandemic eases, we see a bright future ahead. The recovery has started, and we have begun hiring the manpower necessary for this. The airport is prepared to welcome moderate levels of traffic this summer, while 2022 is expected to again be a busy year, with high levels of passengers.”