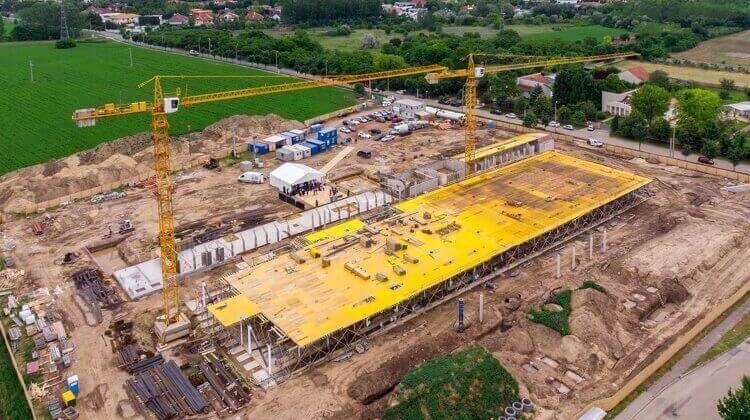 The cornerstone of a national vaccine production plant will be laid in Debrecen, in eastern Hungary, in one hundred days, the state secretary for economic strategy and regulation said.

Hungary needs a domestic plant that can start producing a Hungarian vaccine on its own at the end of 2022 so as to “protect the life and health of Hungarians”,

László György of the innovation and technology ministry told the online press conference of the operative board in charge of coronavirus epidemic response.

The Hungarian government decided early on, just before the outbreak of the coronavirus epidemic, to make preparations for setting up a domestic vaccination plant in the country’s second largest city, György said.

The state secretary highlighted the economic benefits of a domestic vaccine plant, noting the possibility of vaccine exports to the global market.

Fully 64 patients, generally elderly with co-morbidities, died over the past 24 hours, while 382 new infections were registered, koronavirus.gov.hu said on Tuesday.

The number of active infections has declined to 128,714, while hospitals are treating 2,197 Covid patients, 251 of whom need respiratory assistance.

Since the first outbreak, 798,955 infections have been registered, while fatalities have risen to 29,277.

The opposition Democratic Coalition (DK) demands that the government should pay for the cost of PCR tests to Hungarians who wish to travel to countries that refuse to accept non-European Union approved coronavirus vaccines.

DK spokesman Balázs Barkóczi told an online press conference on Monday that despite the government’s promises, Hungarian vaccination plastic cards are not sufficient for travelling to Croatia and Austria made it clear on Sunday that they do not accept eastern vaccines.

Hungarians who received either a Chinese or a Russian vaccine will not be eligible to get Austria’s “Green Card” which is required to use hotels, restaurants and pools in the country, he added.

Nobody should suffer disadvantage because of the “government’s failure”, Barkóczi said and added that the cabinet should bear the extra costs of tests.

He also called on the government to “apologise for misleading Hungarians when it said they would be eligible to use every services even if inoculated with a Chinese vaccine”.