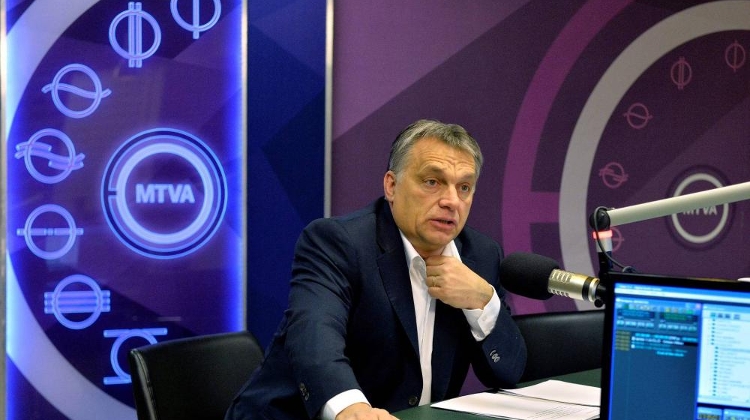 The Covid-19 variant first identified in India has been detected in Hungary, the chief medical officer told a press conference of the operative body responsible for the epidemic protection efforts on Friday.

Of the two patients identified with the variant, one has already recovered and the other is being treated in hospital, but does not need a ventilator, Cecília Müller said.

Neither patient had travelled abroad prior to the infection, so the source is yet to be determined, she added.

Müller noted that scientific consensus was growing on the vaccines already in circulation being effective against the Indian variant.

Meanwhile, the pandemic continues to subside in the country, she said.

The weekly average of new infections last week was 39% lower than on the week before, she said. The fall was sharpest in the southern Somogy and Csongrád-Csanád counties, 57 and 53% respectively, while Vas county saw a 9% increase, she said.

A majority of new infections is registered among the working-age population, Müller said, and urged caution and the observance of protection measures.

István György, a state secretary of the Prime Minister’s Office and the head of the working group coordinating the vaccination campaign, said Hungary was one of the countries closest to herd immunity, with 90% of those registered, or 52% of the whole population, already inoculated.

The high inoculation rate helped Hungary defeat the third wave of the pandemic, but the presence of the Indian variant has raised the spectre of a fourth wave, György said.

Meanwhile, Hungary has received 334,000 doses of the Pfizer vaccine, of which 175,000 will be administered as a first jab.

Fully 280,000 AstraZeneca and nearly 70,000 doses of Moderna vaccines will be given as second jabs, he said.

The 84,000 one-dose Janssen vaccines will be used on vaccination buses, which have already serviced 24,000 people in remote localities, he said.

Prime Minister Viktor Orbán told public Kossuth Radio that everybody was afraid of the Indian variant of the virus and added that all the vaccines administered in Hungary without exception were able to combat it.

He described reports claiming that several EU member states would not allow entry for people inoculated with eastern vaccines as fear-mongering.

“Many countries are not yet discussing travel options because they are still far from it but Hungary is signing a series of bilateral agreements that will enable free movement,” Orbán said.

A common European Union vaccination card might be available in July and it will oblige all member countries to allow entry for people inoculated with EU approved vaccines, he said.

The countries will have the option to also accept other vaccines and “no country will want to block itself from tourists”, he added.

The next task now is to relaunch the country’s economy, Orbán said.

When the pandemic was at its peak, enacting measures to protect the economy was also important to save jobs and incomes, however, with the third wave “having been floored”, the focus must shift from protection to restarting the economy, he added.

The number of patients treated for Covid-19 in hospital and needing no respiratory support has dropped below 1,000 and the number of active infections is below 100,000 for the first time in a long while, Prime Minister Viktor Orbán said on Friday.

The number of those with active infection stands at 84,719, he said. These people’s health is under threat, with some of them still struggling for their life, he added.

The prime minister said that some 25,000 people had received their first jab and 117,000 got their second shot on Thursday.

“This is good news, but another 3 million adults have not yet been inoculated, and it is a scientific fact that this virus will not just go away,” Orbán said.

He said many were wrong to believe that they could “escape” getting infected with coronavirus without being inoculated.

“This virus will find even the very last person who is unprotected,” Orbán said, insisting that “only by getting vaccinated can we protect our own health and the health of our families”.

Organising the vaccination drive has been a huge challenge and the fact that Hungary has performed better than the US in terms of first vaccinations is reason for self-respect, he added.