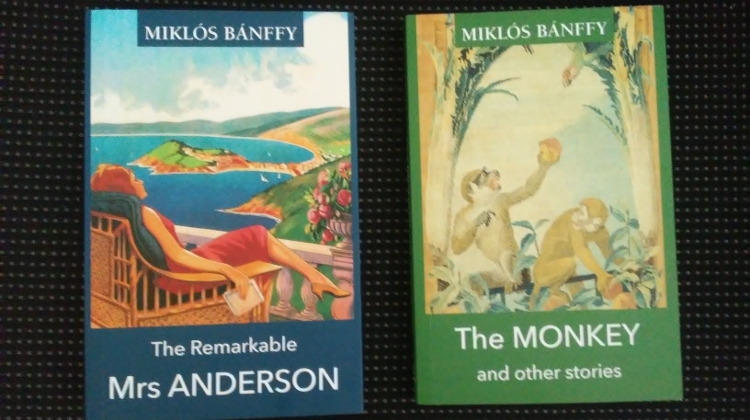 Two volumes of short fiction by Miklós Bánffy, translated from the Hungarian by Thomas Sneddon. These are the first publications in the new Blue Danube imprint from Blue Guides.

When a priceless Leonardo is stolen from the Budapest Museum of Fine Arts, the Hungarian government tries to hush things up and the police show themselves to be completely clueless.

Thank goodness for Milla Anderson! A gifted reporter for one of Budapest’s daily newspapers, she picks up the trail in Palermo—and of course an international gang is soon hot on her heels.

This fast-paced crime story and lighthearted romantic comedy, set against a backdrop of Mediterranean scenery and fascist menace in Italy and Hungary between the wars, is Miklós Bánffy at his best.

Now appearing for the first time in English translation.

The short stories in this collection, from the tale of the idle young man dawdling pleasantly in Venice to the Romanian villager meditating revenge on his tormentor, draw on the author’s experiences of life, love, sacrifice, betrayal and courage, and reveal, as a recurring leitmotif, an indomitable will to survive.

These are the first published works by an exciting new translator, Thomas Sneddon. Born in Ireland, he completed an MA in translation at Queen's University, Belfast. He currently lives and works in Budapest.

Tom Sneddon's translations are endorsed by Thomas Barcsay, Professor Emeritus (Department of History) at Ryerson University, Toronto. He is the great-nephew of Miklós Bánffy.

Praising the quality of the translation, Barcsay says: "Hungarian is a notoriously concise language and Miklos Bánffy's prose is more compact than most. To discover the subtle layers of meaning underlying the text and to render these in English without ignoring the hint of lyricism which infuses them requires both talent and sophistication. Thomas Sneddon's outstanding translation shows that he possesses these qualities in abundance."

Born in 1873 into one of Transylvania's longest-established noble families. He studied law and embarked on a political career (serving as Hungary's Foreign Minister in 1921-2) but his inclinations were always artistic and he made a name for himself as a literary editor, as manager of the Hungarian Opera and as a talented designer of theatre sets and costumes.

It is as a writer that he is best known: his Transylvanian Trilogy is one of the great works of twentieth-century European literature. When Europe's borders were redrawn after the First World War, Transylvania was assigned to Romania and though Bánffy took Romanian citizenship, he lost his land after the new national reforms.

Following the Second World War, the communist regime blocked his ability to publish his writings. In 1949 he left Romania for Budapest, where he died in 1950.