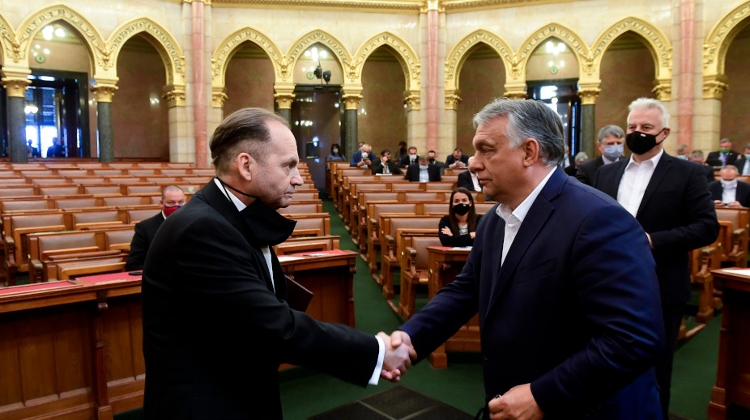 “Brave and novel decisions” are needed to make sure economic growth this year exceeds 5.5%, Prime Minister Viktor Orbán said on Facebook on Tuesday.

“If we succeed, we’ll be able to return the income tax paid in 2021 by families with children,” Orbán said.

Referring to the 2022 budget passed earlier in the day, Orbán said the budget law was “a good basis but insufficient in itself” to restart the Hungary’s economy.

Orbán pledged to continue phasing in the 13th month pension and ensure personal income is not paid by people below the age of 25.

Further, an agreement may be reached with companies to raise the monthly minimum wage to 200,000 forints (EUR 569) as well as further reducing labour taxes.

“This is a big task but not impossible,” Orbán said.

In 2022, all the resources necessary will be available to relaunch the economy, create jobs and boost investments, Mihály Varga, the finance minister, said after lawmakers approved next year’s budget.

He noted the government is providing additional support for families while phasing in the 13-month pension. Also, it is pressing ahead with further tax cuts by introducing tax exemptions for employees below the age of 25 while reducing taxes on labour, Varga said in a video message on social media.

The minister stressed the importance of pursuing a policy that steadily reduces taxes rather than raising them.

“The main figures in the budget will provide both the resources needed to restart the economy while also reducing the deficit and public debt,” he said, noting a deficit target of 5.9% of GDP and a public debt level of 79.3%.