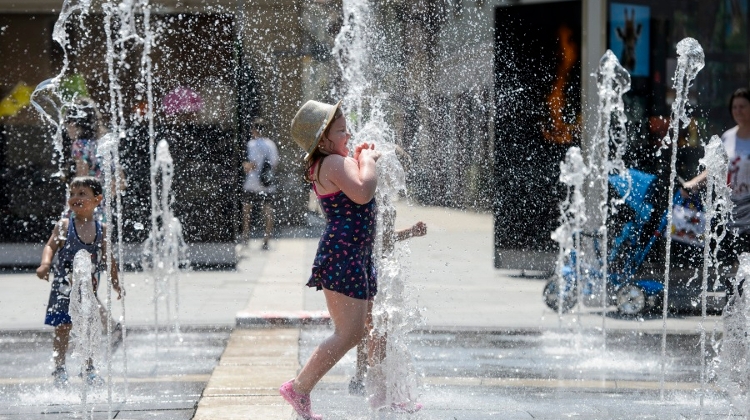 The human resources ministry has issued a “red code” heat alert for the country, expected to be in force between Monday and Friday evening.

State Secretary Attila Fülöp said that the alert was justified by average daily temperatures exceeding 27 C in the upcoming days.

Third degree - red code -  alert was issued for Baranya, Bács-Kiskun and Csongrád - Csanád and Tolna counties where the daily mean temperature can be expected above 29 °C.

Second degree alert was issued for the rest of the country.

National Public Health Centre says that during the heat alert, everyone should consume more liquid than usual while refraining from drinking coffee, alcohol, high-caffeine or sugary drinks and eating greasy foods.

According to the recommendation, people should stay indoors from 11 am to 3 pm, should avoid strenuous activity and direct sunlight; wear loose, lightweight clothing; and never leave people or pets in a closed vehicle.

Learn more about the weather in the upcoming days here.