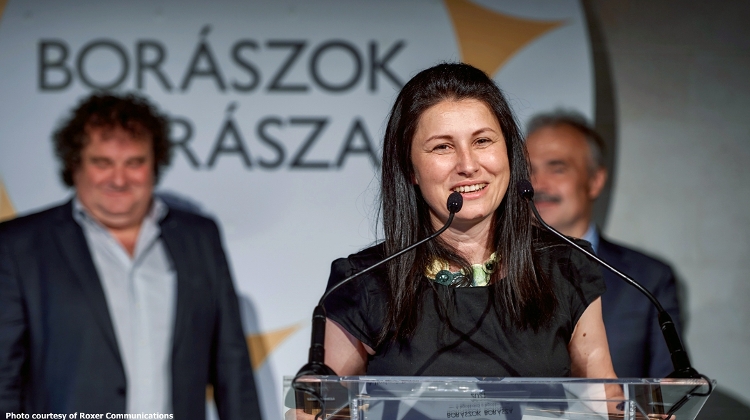 4th June saw the announcement of the Winemaker of Winemakers Award 2021 at a gala event at the Rókusfalvy Wine Estate in Etyek.

Presented for the 15th time, the accolade went to one of last year’s finalists, Judit Bodó, owner and winemaker of Bott Pince in Bodrogkeresztúr.

Among this year’s five finalists was another Tokaj candidate, Sarolta Bárdos.

A self-taught winemaker, Judit moved to the Tokaj region to take on a job as winemaker and vineyard manager at Füleky in Bodrogkeresztúr in 2000.

She and her husband, József, founded their family winery that bears her maiden name, Bott, in 2005.

Today, they produce some 10,000 to 15,000 bottles a year from 6.8 hectares, scattered over 6 vineyard sites from Olaszliszka to Tarcal.

The Winemaker of Winemakers Award was established in 2007 by marketing professional, media personality and winery owner Pál Rókusfalvy.

The selection process is fairly straightforward; previous winners of the award select 50 candidates who then choose the winner from among themselves through two rounds of voting.

Winning the award is the highest recognition of Hungary’s winemaking profession.