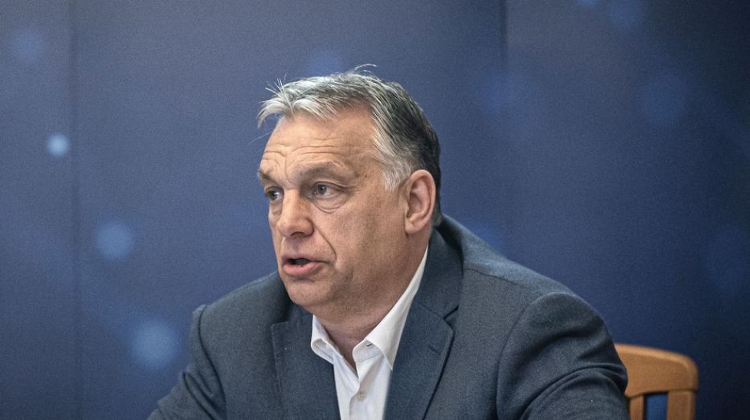 The sexual education of children is a duty of parents, while fighting against paedophilia is that of the state, Hungarian Prime Minister Viktor Orbán told German news agency dpa.

“It is the duty of the state to provide special protection for the physical integrity and mental health of children,” Orbán said. Hungary stands with this position “in the centre of European set of values and an open and tolerant European Union,” the prime minister said.

In connection with the Union of European Football Associations’ (UEFA) decision to ban the lighting of the stadium in Munich in rainbow colours during the Hungary-Germany Euro 2020 qualifier on Wednesday evening, Orbán said “whether the Munich football stadium or another European stadium is lit in rainbow colours is not a state decision”.

“The rainbow colours are naturally a part of the street image,” in Budapest as well, he said.

Orbán said that “in communist Hungary, homosexual people were persecuted”.

“Today the state not only guarantees the rights of homosexuals but actively protects them,” he said, adding that “the freedom of the individual is the greatest value.”

Everybody must be free to decide for themselves which path to choose in life, Orbán said.

Hungary considers it a primary duty to protect families and ensure the undisturbed development of children, Justice Minister Judit Varga said after a meeting of the European Union’s General Affairs Council in Luxembourg.

Speaking to Hungarian reporters, Varga underlined the need to protect families’ right to raise children, saying that it must not be “handed over to lobby groups”.

She said that only those had trouble understanding Hungary’s new law against paedophiles who didn’t want to understand it. “It’s regrettable that Europe is under pressure from a liberal steamroller,” she said.

Varga said ideological debates on issues like migration, the family, religion and national identity were being dressed up as political and legal debates and would never be settled, arguing that they represented the clash of two conflicting worldviews.