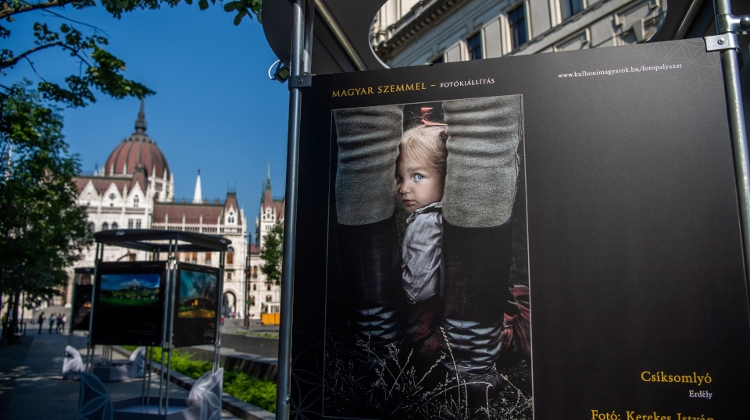 “A nation with sufficient pride and agility will not be stripped of its future either by its borders being changed or by way of the interests of world powers,” the group leader of the ruling Fidesz-Christian Democratic parties in the Budapest assembly said, marking the Day of National Cohesion, the anniversary of the Trianon peace treaty concluding WWI.

Zsolt Láng referred to the 1920 treaty as “the most unfair international agreement in the world” adding that “it is crucial that we know our own history and gain strength from its tragic events”.

István Simicskó, the Christian Democrats’ parliamentary group leader, interpreted the message of National Cohesion Day as “no matter where they live, each Hungarian is important for the country, where they can always return”.

“Hungary is our homeland, Hungarians are our nation and we all belong together,” he said. Simicskó said that the Hungarian nation, including its ethnic minorities, “have been part of a Christian Europe since King Saint Stephen” and “though torn apart, it preserves its values and looks into the future with responsibility”.

Referring to Hungary’s constitution, he said the document “gives a legal framework to values supporting Hungarians and the country’s minorities”, adding that “re-uniting through public law” the nation and ethnic Hungarians in other countries had been “the best possible reaction to the trauma of Trianon”. “

The nation embraces each of its members wherever they may live in the world; it reacts in the language of love,” he added.

Gergely Gulyás, the prime minister’s chief of staff, attended a ceremony in Sátoraljaújhely, a city in north-eastern Hungary divided by the Trianon border with southern Slovakia, and pointed to the nation’s ability to “build communities without respect to borders, which can promote the shared Hungarian heritage”.

“We may be separated by borders, however, national ties are stronger than those of states,” he added. Referring to the Hungarian parliament’s granting preferential citizenship to ethnic kin, Gulyás said that “now one million Hungarian citizens [in other countries] can rely on Hungary’s protection and help”.

“Citizenship has been granted to everybody that belongs to the Hungarian state,” he said, adding that the government was working to “ensure a future to cross-border Hungarians, too”.

The Hungarian nation has survived and “even those that have been torn away from us in body always stayed with us in spirit,” Prime Minister Viktor Orbán said on Friday, marking National Cohesion Day.

Orbán told public broadcaster Kossuth Rádió that only one nation existed and it spread far beyond the country’s borders.

“After all, preserving this spiritual community has been successful, despite a difficult past hundred years,” he added. He said the notion of national cohesion was currently stronger than at any point in the past decades.

Orbán said that even Hungary’s neighbours, despite some disputes with them concerning the rights of ethnic Hungarians living there, respected the strength and success of Hungarians.

“We have improved neighbourly relations since we managed to become stronger,” he said. Hungary has better relations with an increasing number of its neighbours than before because “we are not making enemies but friends,” Orbán added.

In the current complicated international system Hungary is not making efforts to line up to any one large power but “to go our own way”, the prime minister said.

Hungary’s opposition parties commemorated the 101st anniversary of the signing of the Trianon Peace Treaty under which Hungary lost two-thirds of its territory to neighbouring countries.

In a statement, the Socialist Party said that though the signing of the Trianon Peace Treaty was a “national tragedy”, it was not enough to simply acknowledge this. Rather, the way forward for Hungary is to link the ideas of what it means to be Hungarian and European, they said.

The party said that June 4 was not just the anniversary of the signing of the Trianon treaty, but also a day to mark the nation’s cohesion. They said that Hungary as a member of the European Union could do much more for ethnic Hungarians beyond the border than it could as an “outsider”.

“One hundred and one years later, we are the members of a bloc in which the borders dividing the Hungarian nation are either increasingly insignificant or are gone altogether, and we believe that it is in this community that we can achieve and strengthen the free use of the mother tongue, self-determination and the enforcement of minority rights,” the statement said.

Green LMP said the Day of National Cohesion was a “symbolic bridge” that connected all Hungarians. It said the anniversary of the Trianon treaty was a day to commemorate the past and look to the future.

“The Carpathian Basin is our shared heritage,” LMP said in a statement. “This is where the strength of our national community is concentrated and this is where the connections that were lost 101 years ago are being rebuilt.”

The Liberal Party said that only a strong Europe could heal the wounds of Trianon. The party said in a statement that it was convinced that the interest of all Hungarians lay in a stronger and more unified European Union.

Hungary can live up to its heritage by engaging in everyday actions aimed at strengthening national cohesion, the mayor said on Facebook.

“It is beyond dispute that Trianon is a shared trauma,” he wrote. “It forever turned the lives of millions of Hungarians beyond the border upside down. Being a minority Hungarian is an everyday task and no doubt a struggle.”

Karácsony said that while the struggles of ethnic Hungarians should be neither trivialised nor heroised, “the one thing we definitely can’t do is ignore it.” For decades left-wing politicians had called for Hungary to break out from under the shadow of Trianon, Karacsony said.

“But I say that if we want to process the past for the sake of the future, then the left, too, must step into that shadow,” he added.

“It begins by declaring that Trianon doesn’t belong to the right, but to all of us Hungarians.”

“We must therefore commemorate the trauma of Trianon by telling the truth about the injustice that it was, but not by seeking refuge from reality and the tasks of the present among our grievances,” the mayor wrote.

“And we mustn’t forget for one moment that we are each other’s companions in misfortune, and not enemies.”