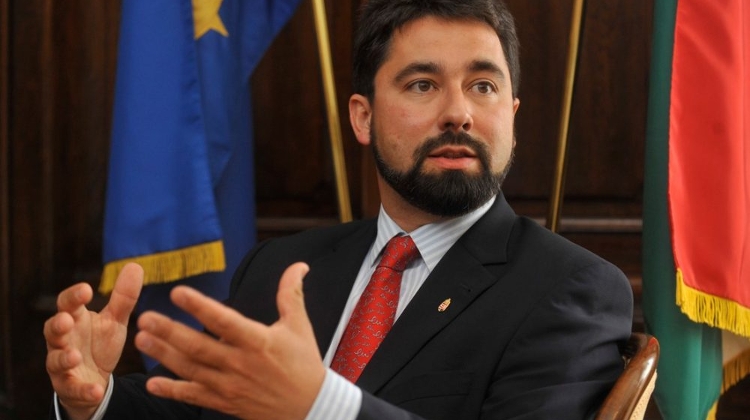 “It didn’t come as a surprise,” Hidvéghi said in a video message commenting on the report, adding that the government “had no illusions in connection with the EC’s so-called rule of law report after the events of the past few weeks”.

He said Brussels was “using this frivolous and biased document” to call Hungary to account for its own ideological expectations.

Hidvéghi said the report was “full of absurd claims that have nothing to do with reality”.

If one looks over the report’s references it becomes clear that this text “was also dictated by the known Soros organisations”, the MEP said.

He said one such “absurd” claim was that Hungarian journalists faced intimidation and were not safe.

“They’re saying this when just days ago an investigative journalist was murdered in broad daylight in the Netherlands,” he said.

“Meanwhile, another journalist was killed in Malta by a car bomb, yet Brussels is concerned about the state of the media in Hungary,” he added.

“This deceitful report is nothing more than an attempt to blackmail our country,” Hidvéghi said.

“All because we’re going against the Brussels-based mainstream, say no to immigration, protect our children and refuse to let LGBTQ activists into kindergartens and schools.”

Hungary’s justice minister has slammed the European Commission’s latest rule of law report, calling it a tool used to blackmail the country over its child protection law.

“We are not surprised: the latest report of the European Commission focuses on the Hungarian Law on Child Protection,” Judit Varga said in an English-language post on Facebook.

“According to them, in Hungary right now, there is no rule of law precisely because we protect children’s and parents’ rights at the highest level.”

She said the reason behind the EC’s criticism was that “we do not allow LGBTQ activists and any sexual propaganda into Hungarian schools and kindergartens.”

Once again, the EC is worried about the state of Hungarian democracy, while Hungary is working to guarantee the most fundamental rights and protect not just its own constitution but also the EU Charter for Fundamental Rights, she said.

The minister said the “verdict” of the report had been pre-determined, arguing that instead of justification, objectivity and real professional work, it echoed the criticisms of NGOs that were “biased towards Hungary”.

Varga said the report was part of a campaign in which the rule of law was not a principle, but “a tool of extortion”.