Surprisingly Few Say They're Upset by Traffic Jams in Budapest 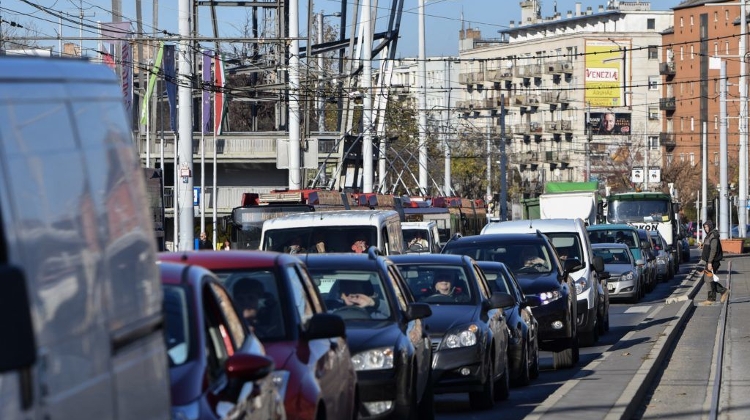 Only 20% of people in Budapest are annoyed by the state of traffic, and even most car drivers are not bothered, according to a survey conducted by Medián and 21 Research Centre in early August.

Some 25-33% of car drivers and 14-17% of those using public transport complained about road congestion. Projected to the entire population of Budapest, this is about 20%, HVG reports.

Assessments of the heavy traffic due to the upgrades of the Chain Bridge, Blaha Lujza tér and the Pest embankment road has a political dimension, as about 22% of Fidesz voters are disturbed by these projects (most of all the one on Blaha Lujza tér), compared to only 10% of opposition voters.

Most respondents say that there are traffic jams primarily because too many people use cars, but the vast majority of the respondents hope for positive effects from the upgrade of public transport in Budapest and suburban railway projects.

Car drivers were more negative than those using public transport on this question.