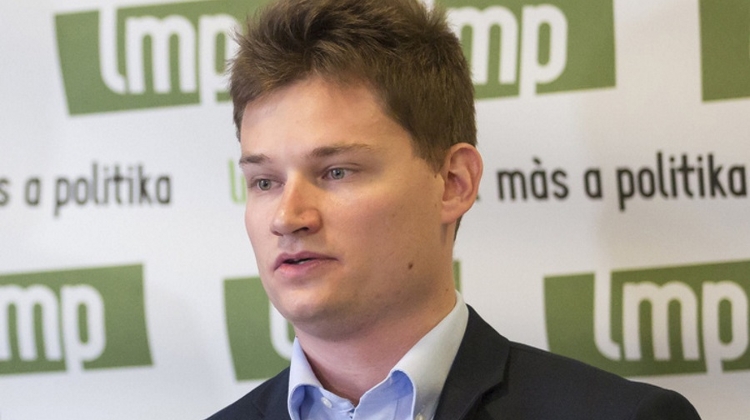 Kanász-Nagy cited a United Nations report published this week, in which the organisation, relying on 14,000 expert opinions, concluded that “we are in the last minute”.

The UN warned of worsening global warming, and insisted that mankind needs to act immediately so as to halt or at least slow climate change, he said.

Kanász-Nagy noted that LMP had initiated a referendum on its initiative to reduce greenhouse gas emissions by 65% by 2030 compared with 1990 levels.

Although the National Election Committee (NVB) rejected the initiative, LMP has appealed the decision and turned to the Kuria, Hungary’s supreme court, he said.

Kanász-Nagy accused the government of unwillingness to deal with the issue.

He added that although President Janos Ader considers himself “a green head of state”, his commitment was confined to “lamenting over the desiccation of a lake in which he can no longer angle”.

He accused Prime Minister Viktor Orbán of representing the interests of corporations and major polluters, adding that Orbán “sneaked away” when the European Union approved the European climate law.

The opposition LMP is turning to the Kúria, Hungary’s supreme court, over the election committee’s rejection of its referendum question on cutting greenhouse gas emissions, the party’s co-leader said on Friday.

Last month, the National Election Committee (NVB) rejected LMP’s referendum initiative on whether greenhouse gas emissions should be reduced by 65% by 2030 compared with 1990 levels, citing incompatible timeframes regarding the legislative agenda and the timeframe included in the question.

Erzsébet Schmuck told an online press conference that Hungary needed to act immediately on the issue of climate change, insisting that “the only way [ruling] Fidesz will act is if we, the people force them to”.

She criticised the NVB for rejecting her party’s referendum bid “for bogus reasons”.

Schmuck cited a United Nations report published this week in which the organisation sounds a “code red for humanity”, warning of worsening global warming.

According to the report, world governments need to act immediately on climate change or they will never get another chance, she said. She said the Hungarian government’s pledge to cut greenhouse gas emissions by 40% by 2030 was “inadequate”.

Citing scientific studies, she said the European Union, including Hungary, needed to reduce its emissions by 65% this decade in order to avert a climate disaster.

“Though this is a serious challenge, there are no other options,” Schmuck said. “Either we take these steps or risk the survival of our civilisation.”