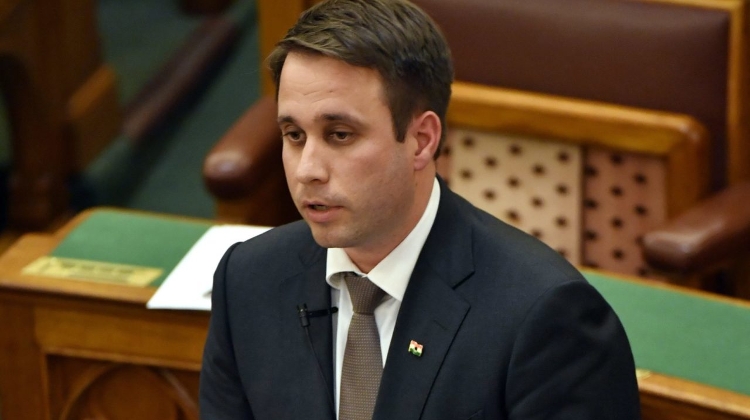 Hungary is leaving recent economic difficulties behind without austerity measures, a state secretary of the Prime Minister’s Office said at a discussion with opposition Socialist MEP István Ujhelyi at the Tranzit conference in Tihany, western Hungary.

Csaba Dömötör said that while the previous leftist government’s reaction to the 2008 crisis had been based on austerity measures, and led the country into the “dead-end street of taking out an IMF loan”, the incumbent government considers crisis management to be a question of “who will make the final decisions on the future,” besides economic policy measures.

Ujhelyi said the handling of the 2008 crisis had laid the groundwork for the Orbán government’s “growth trajectory” from 2010, which he said was mostly funded by European Union money.

He also slammed the government for high inflation, fuel prices and the weak forint, while he said the minimum wage and health-care funding were below EU average.

Dömötör said real wages have grown by 70% during the Fidesz government’s tenure over the past ten years.

The government’s family support system and other benefits have probably contributed to declining emigration numbers seen since 2015, he said.

He said while the government sees that Hungary has a vested interest in being a member of the EU, “this doesn’t mean that we can’t push Hungary’s interests through.”

He also called on the opposition to refrain from “campaigning for the suspension of EU funding for Hungary for internal political purposes.”