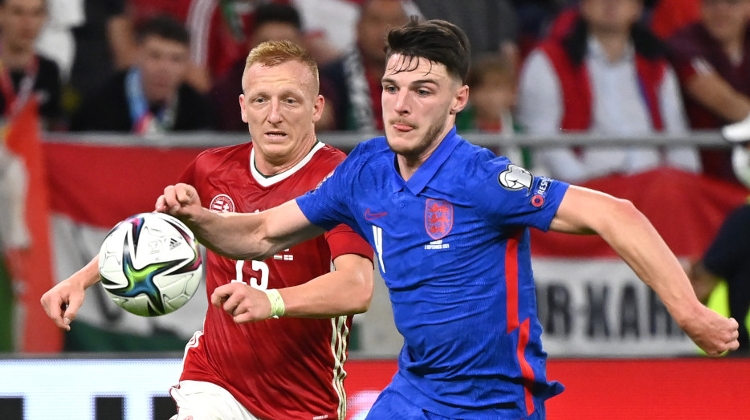 A conservative columnist thinks that English commentators accusing Hungarian fans of widespread racism use double standards. A moderate columnist finds it sad that Hungary is being judged after the behaviour of a couple of hundred racist fans.

The Hungarian Football Federation announced that it will identify the perpetrators, hand them over to the police (insulting others on account of their ethnicity is a felony under Hungarian criminal law), sue them for the damage (the likely fine FIFA will impose on the Hungarian FA) and ban them from football events for two years. FIFA opened disciplinary proceedings into racist abuses.

UK Prime Minister Boris Johnson demanded strong action from FIFA against racist behavior. Foreign Minister Szijjártó in a Facebook post wondered if English players were also complaining against abuses in the Euro 2020 finals at the Wembley stadium when fans booed the Italian anthem and severely beat up scores of Italians.

On Mandiner, Levente László Greczula writes that English fans are known for their aggressive behaviour. The conservative commentator contends that family violence is particularly high after defeats as fans are more likely to let out steam by beating their wives.

Greczula adds that English players after their defeat at the Euro 2021 competition were also targeted by racist slurs from fans. In light of this, Greczula finds it absurd that Hungarian fans are singled out for racist behaviour.

On Index, Miklós Ilku finds it daunting that a couple of hundred racist fans create such a bad image of Hungary. Ilku, who attended the match, acknowledges that some fans made unacceptable racist utterances, but notes that the vast majority of the 60-thousand crowd behaved well.

Ilku wonders why Hungarian politicians and pundits reject criticism, adding that Hungarians should clear up their own mess and find a way to evict racism from stadiums.