Hungarian Stretch of Via Carpatia Motorway to be Completed by Year-End, Says President 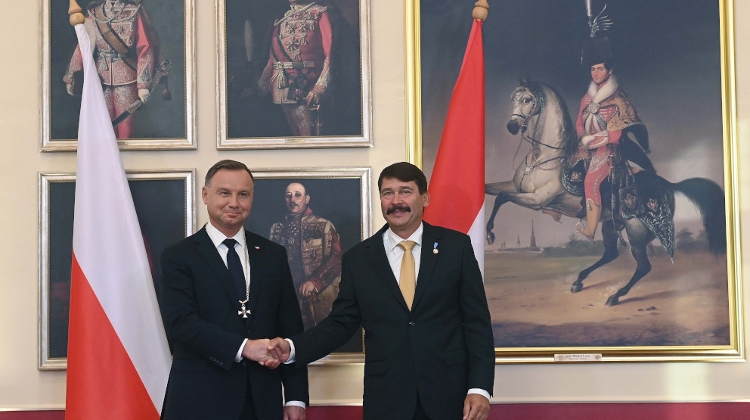 The Hungarian stretch of the Via Carpatia, a transport corridor connecting the Baltic and Aegean Seas, will be completed before the end of the year, President János Áder said after meeting his Polish counterpart.

The Hungarian section will cover 230km of the 3,300km motorway, Áder told a press conference he held jointly with Andrzej Duda.

Áder said central Europe had been at an infrastructural disadvantage prior to 1990 and the years that followed, noting the region’s underdeveloped railway, energy and digital networks.

Duda said he had provided detailed information to his Hungarian counterpart about the crisis at the Poland-Belarus border and assured Áder that Poland would use all possible means to protect the borders.

Duda also thanked Áder for the assistance in border control Hungary had offered, adding that Hungary’s experience was welcome.