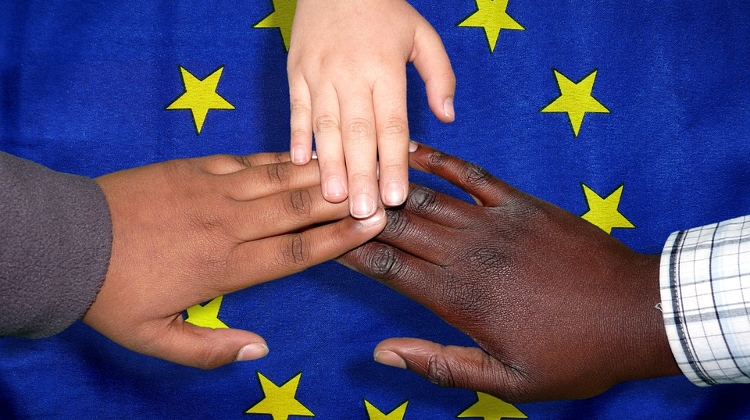 The only solution for handling the issue of migration in the European Union is to give all the rights relating to it back to member states, Prime Minister Viktor Orbán told a panel discussion during the international 16th Bled Strategic Forum.

Hungary does not accept migration as a solution to demographic challenges because migrants, who are mostly Muslims, would change the cultural identity of Europe, Orbán said.

During the 2015 migration crisis he was the first to point out that the EU’s approach to migration could destroy European culture.

The prime minister noted that already back then his position had been that uncontrolled migration could result in terrorism and social difficulties that the EU was not prepared for. “Migration must be stopped,” Orbán said.

He added that the EU could be facing another migration crisis as a result of the recent developments in Afghanistan.

“The only way to prevent the dispute on migration from destroying the unity of the EU is to give all the rights back to the nation states in relation to migration,” he added.

“If we invite others from outside Europe, that will change the cultural identity of Europe,” he said.

“We only believe that the … traditional Christian family policy can help us out.”

The coronavirus pandemic and migration form a “vicious circle”, Foreign Minister Péter Szijjártó said at a United Nations conference in Geneva on Wednesday, arguing that the more the virus spreads, the more people will flee their home countries, spreading the virus even further.

Apart from its effects on public health, the pandemic also has a serious impact on global trade and the economy, Szijjártó told the fifth UN Conference on the Least Developed Countries.

The biggest impact is felt by the least developed countries, since they are the most vulnerable, he added.

The pandemic has also intensified the factors that drive mass migration, Szijjártó, who is the co-chair of the conference, said.

This, he said, could lead to a “vicious circle” of migrants spreading the virus further, which then could force more people to flee their homes.

The minister emphasised the importance of providing help at the point where it is needed instead of causing problems where there are none, arguing that it was “complicated to imagine” that any illegal migrants could present two negative PCR tests.

Unless the developed countries offer more effective aid programmes for the countries in need, more and more mass migration waves will emerge, most of which will affect Europe, Szijjártó said, adding that the risk of this was growing due to the situation in Afghanistan.

This means that the country has surpassed its target of spending 0.25% of its GDP on development aid by 2025, he said.

Szijjártó also noted that Hungary has delivered some 1.6 million doses of Covid vaccines to the least developed countries.