Opposition Primary May be Rescheduled in Hungary 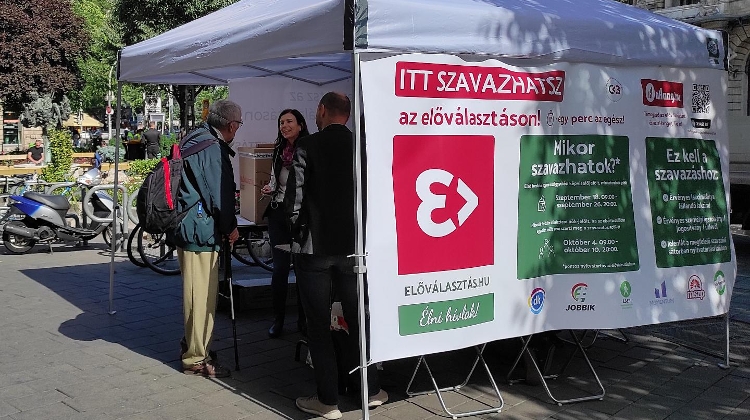 The second round of opposition primaries to choose a prime ministerial nominee will be delayed beyond its scheduled October 4 date, sources told Népszava and Telex.

The printing of ballot papers may be delayed, so experts from the Democratic Coalition, Jobbik, Socialist, Dialogue, LMP and Momentum parties agree that a postponement may be needed, Népszava was told.

The first round of voting had to be extended by two days, due to the collapse of the online voting system on September 18.

A second round will be held only if none of the prime ministerial candidates obtains a 50% majority in the first.

If there is a second round, it will take more time than planned to get the ballot papers and ballot boxes to the polling stations, and the IT system will also need to be reconfigured.

Telex writes that the postponement could be a few days or even a week.

Organisers said the total number of voters had now risen to over 570,000 before balloting ended at 8 p.m.

The Socialist -Dialogue-LMP alliance proposed that the second round be held on October 9-16, as that period would include two weekends.