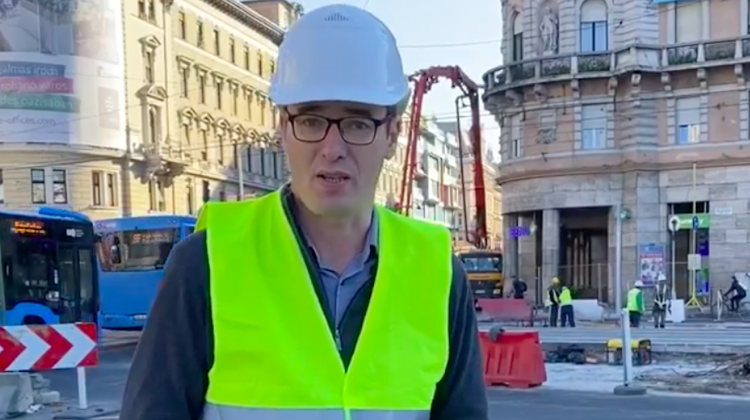 Bottles and insults were thrown at workers on Blaha Lujza tér on Wednesday, mayor Gergely Karácsony told a press conference at the construction site Thursday morning.

He said articles are published in the government media from time to time saying that construction projects which cause traffic delays are proceeding only slowly and “the workers there are taking things easy.”

“Yesterday our workers were insulted, bottles were thrown at them and people kept shouting at them,” he said. He added that actually the workers are working diligently and that the project is ahead of schedule.

“I can be attacked, this is the fate of an opposition politician during the reign of the Orbán cabinet that has carved politics out of hate, but I will not have it done to those who are doing their duty for a more liveable and greener Budapest,” he declared.