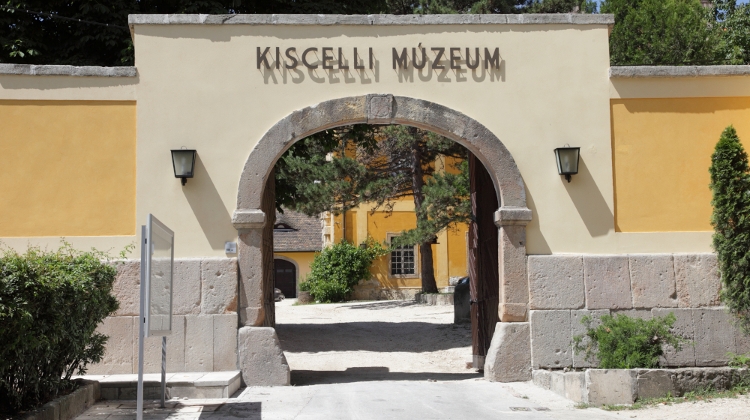 Budapest can be called the city of museums for a reason. The Hungarian National Gallery, the Museum of Fine Arts and the National Museum are known by many. But at the same time, the museum scene of Budapest has the advantage of offering splendid collections almost everywhere in the city so you can get to know the least frequented parts of Budapest, as well.

Who recalls the fact that the Hungarian textile industry manufactured and exported textile goods on a large industrial scale? Numerous Hungarian cities had so-called clothes factories.

Talking about textiles, many of us probably immediately associate it with the name Goldberger. Goldberger Textile Factory was established by Ferenc Goldberger in 1784 as a small blue dyeing workshop only to become a plant with a worldwide significance by the beginning of the 20th century.

The one-time workshop houses Goldberger Textile Industry Collection, which, apart from the history of the factory offers an insight into the machines and the technology in an interactive exhibition.

A history of photography adventure

We love taking photos during sightseeing. And at other times, too. But how did hotshots, i.e., professional photographers, take photos in the old days and how do they do it nowadays?

One great example is Manó Mai, one of the best photographers of the turn of the 19th and the 20th centuries. His memory is maintained by his 8-storey house, which is now the Hungarian Photographers’ House - Mai Manó House in Nagymező Street, Budapest, where we cannot only learn about Mai’s work but also about contemporary photographic art during periodical exhibitions. And do you know which American-named night club once stood in the yard of this house?

The gourmet novel writer Gyula Krúdy probably happily watches his former house from heavens, looking from beyond a slice of toast with bone marrow, to observe how the Hungarian Museum of Trade and Catering pays tribute to his favourite topic. One has to eat and drink, and we normally enjoy doing so.

Similarly, most of us are interested in how food, drinks and virtually everything we can offer a guest are put in front of us in a nice environment. In the museum’s really informative exhibition, we can nourish our spirits with the history of catering and tourism, in order for us to have a great lunch in one of Óbuda’s restaurants later.

City history on the hillside

You can take a pleasant tour climbing up on the hillside to the building of Kiscelli Museum. In the one-time Baroque building of the monastery and church you can, in fact, take an exciting sightseeing tour of the history of Budapest.

“Kiscelli” demonstrates the several-century-long development of the characteristic Budapest spirit, i.e., what makes a specific Budapest mindset, through the history of the residents who formed the city from the 18th to the 21st centuries.

At this museum, you will find collections related to lifestyles and architecture, and you can marvel at the technological achievements of industrialisation, view placards and many others.