Flag Flown at Half-Mast in Front of Hungarian Parliament 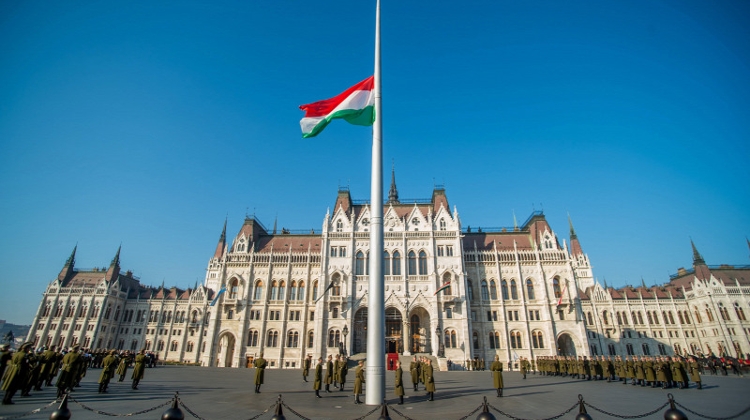 Hungary’s flag was hoisted and lowered to half-mast in front of Parliament on Thursday morning, in commemoration of the 65th anniversary of the defeat of the 1956 uprising against Soviet rule.

The flag was lowered in a military ceremony, with army chief Major General Romulusz Ruszin-Szendi attending.

A black flag and a Hungarian flag with a hole in its middle, emblematic of the revolution when demonstrators removed the Soviet-inspired coat of arms from it, is also flown from Parliament today.

Commemorations will be held throughout the day in plot 301 of the public cemetery in Rákoskeresztúr where the revolutionaries were buried.

Events will conclude with a concert in the St Stephen Basilica in the evening.