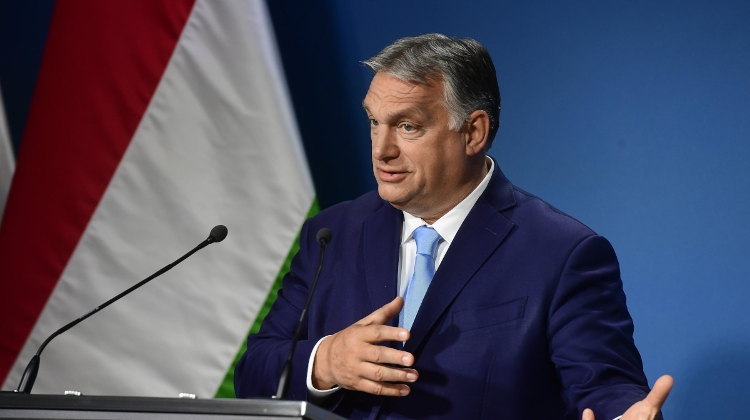 The key to Hungary's future is that people have understood that it is through work that they can succeed in life, Prime Minister Viktor Orbán said in an interview published by daily Magyar Nemzet.

All government measures introduced in the past 12 years have been aimed at making Hungarians develop trust and form a national consensus about the importance and fruitfulness of work, he said.

Orbán said that vaccination against the coronavirus was not yet an option last Christmas but vaccines were now accessible to all.

He added that “vaccination can now give protection and also hope that instead of idly waiting for problems to pass, we can actively make a change in our own interest and in others’ interest”.

“Unfortunately, the number of people who refuse to get vaccinated is much higher than I had hoped for,” he said.

“At the same time, it is a great success that more than three million people have taken their booster shots, which puts Hungary among the best in Europe,” he added. The situation was the same in the case of first and second shots, he said.

Commenting on the situation in Europe, he said “Stamina and fresh energy can return from victory and this will apply in the case of Hungarians and also the Poles,” he said. “We must not give up the fight, even if we get tired.”

In an interview published in the daily Magyar Nemzet, Prime Minister Viktor Orbán said that those currently in power in Brussels wanted a German-controlled European state, “unlike us, who insist on the existence of nation states making up Europe”.

“Additionally, an increasing number of positions in the EU are taken over by politicians and Brussels bureaucrats who have certain ideals about the world, society and humans,” Orbán said.

He said the first appearance of this approach was represented by “Homo sovieticus”, referring to conformists during the time of the Soviet Union.

They “wanted to make everyone forget the two-thousand-year endeavour for a Christ-like man, they considered respect for parents and family outdated junk, insisted that children should be raised only to promote the party and the class struggle, and that life exists only in the material world, without a spirit”.

Orbán said current ideals promoted in Brussels were “not far from this”, with bureaucrats wanting to transform societies.

“They see migration as a way to resolve demographic problems and they believe that European Christian children can be replaced with Muslim adults,” he said. “However, the reality is that instead of a happy mix, the result is terrorism, crime, unemployment and no-go zones.”

Orbán said the same applied to families. “They believe that our family ideals are outdated and oppressive and they insist that in line with a progressive approach, children should wear trousers for six months and skirts for another six months,” he said. “The people they want to involve in raising children are people we want to keep away from children.”

Hungary and Poland reject these ideals and “we bear great responsibility because we understand that these two countries don’t just represent their own citizens but also those millions of Europeans who are forced to keep their opinions to themselves in their home countries,” Orbán said.

He also said that Brussels’ revenues were insignificant, arguing that “they only have money from us, from the payments made by member states”.

He said there were political accusations against Hungary in Brussels but they lacked any truth. Hungary will “certainly receive” all the EU money that the country is entitled to because “Brussels has no room for manoeuvre in this”.

Citing the government’s National Consultation surveys, he said there was no other country in the EU where the opinions of many millions of citizens were taken into consideration for making government decisions, like it had happened in Hungary.

He said the main tasks of 2022 were the implementation of large economic measures, further successful protection against the virus and the referendum on protecting children.

Orbán added that he wanted all Hungarians to realise that the country was pressing ahead and not reversing.