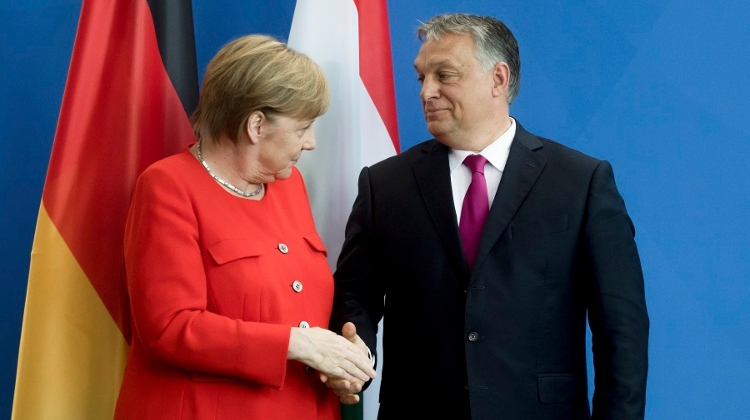 According to the prime minister, “the era of ambiguity, stealth politics and drifting has ended with Merkel.”

In one of his so-called Samizdat letters, Viktor Orbán added: “We now prepare for battle with our eyes wide open.”

In the letter published on the prime minister’s website, Orbán noted that German Chancellor Angela Merkel retires on Dec. 8.

“A piece of the life of Central Europeans will go with her,” the letter published in German and English said.

He wrote that Merkel “understood us” and that “we understood her”. After a spell in opposition, first Merkel became Chancellor “and then we returned to power five years later”.

“We managed the financial crisis in 2010, we were partners in the fight to keep the European Union together, and together we watched helplessly and without recourse the European tragedy of the outbreak of the Russian-Ukrainian war. The loyal and disciplined Germans, the rebellious and reckless Hungarians, stood together for a common goal: a Europe in which all nations can feel at home,” he wrote.

Then in 2015 came “the migration invasion” which he called a “rupture, a fracture”.

The migration crisis uncovered “the deep philosophical, political and emotional differences” between Hungary and Germany regarding the nation, freedom and Germany’s role, Orbán argued.

For Hungarians and other Central Europeans, he wrote, it revealed that “the homeland is essential”.

It transpired that Germans “were on a different path” from “European civilization”, and moving towards “some kind of post-Christian and post-national status”.

Hungarians, he said, understood that the Germans did not consider this a problem or “a disease of civilization to be remedied, but a natural, even desirable, and even morally superior outcome.”

“The fabric of European unity was unravelling, and there was no stopping it. Migration, gender, a federalized European Union, the dehumanization of Europe.

Restoring European cooperation will require superhuman efforts in the post-secular era,” he wrote. Orbán asks in the letter: did Merkel open the door to trouble or cave into left-wing pressure? “Today we do not yet know the answer to this question.”

Orbán referred to what he called the new left-wing German government’s “pro-immigration, gender-friendly, federalist programme” aimed at a pro-German Europe, and lamented that the 16 years of Merkel’s tenure “did not give us the answer”.

“One thing is for sure: the era of ambiguity, stealth politics and drifting has ended with Merkel.

We now prepare for battle with our eyes wide open,” his letter concludes.