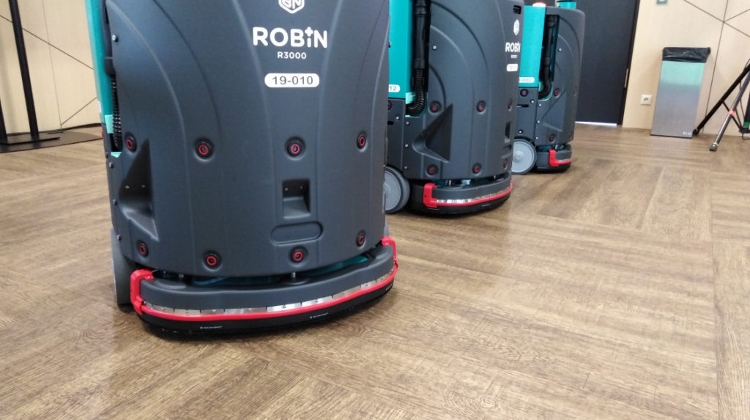 With an internationally significant acquisition, the Hungarian group became one of the most notable facility management providers in the region. The transaction concerns the main subsidiaries of the ISS Group in the Czech Republic, Slovakia, Romania, and Hungary.

This expansion also represents a significant step from the point of view of the entire Hungarian economy.

Founded in Copenhagen in 1901, the ISS Group is one of the world’s largest international facility services providers.

With its nearly 400,000 employees, it serves thousands of customers worldwide, as a dominant player in the market. In 2018, the group announced plans to divest its business in 13 countries, including the operations subject of the current transaction, to achieve its strategic goal of a strengthened focus on key account customers in select markets.

The sale of ISS companies in Central and Eastern Europe is part of this process. The four major subsidiaries in the region generate a total turnover of EUR 70 million per year, with nearly 4 000 employees.

The B+N Referencia Zrt.  has reached another important stage in its development with the acquisition. The acquisition has also made it a regionally dominant facility management provider. International expansion is a logical step on the part of the company, it follows from the successes so far.

Turnover has steadily increased in recent years, with a turnover of HUF 36 billion in 2019 and a profit after tax of HUF 4 billion. Its main profile is providing cleaning, technical services, catering, and safety services. Company’s clients list includes leading corporates as well as state owned institutions in Hungary.

"The facility management industry operates on a volume basis: cost-effectiveness increases with the size, and the administrative background does not need to be significantly enlarged to move a larger base. Therefore, high volumes are a competitive advantage over smaller players. The number of employees of B+N Reference Zrt. exceeds 10,000 with this transaction”- said Ferenc Kis-Szölgyémi, CEO of B+N Reference Zrt.

He added: "Our capital is our blue-collar base. Since blue-collar workers in Europe essentially come from the Central and Eastern European region, I am convinced, that a significant regional workforce base will also improve our competitiveness in Western Europe.”

With the entry of B+N Reference Zrt into the market, ISS customers can be sure that the high-quality services of the past will be continued and even further developed in the entire facility management portfolio.

The company is the market leader in the field of facility management in Hungary. Has 20 years of experience and expertise, works in several fields based on ISO certification. Its domestic clients include prominent players in the enterprise and business sectors.

B+N Reference Zrt. exports outstanding expertise, high-quality service, customer orientation, transparent and flexible operation and quick decision-making, characteristic of the Hungarian organisation to the countries of the region. All this ensures high-quality service to future customers also in its new markets.

The company is optimistic about its expansion because, in addition to its undisputed expertise, as a 100% Hungarian-owned company, it is well aware and understands the Central and Eastern European market, the business world, and the economic environment.

B+N Reference Zrt. believes that automation and robotics will become more important in the facility management sector, as in all other areas requiring high human resources. Therefore, in addition to the continuous improvement of its services, it places great emphasis on innovation in the field of technology.

Of the facility management provider companies in Hungary, only B+N Reference Zrt. has an R&D department, with 15 employees. The company also makes its innovative automation solutions developed by its R&D department in Hungary available to its foreign partners.

Examples include a self-developed autonomous industrial cleaning robot launched in 2019 or a mobile UV disinfectant device developed in 2020.

Everyone has the right to a healthy, liveable environment, both at home and work. The company works to create and maintain this, expressed with the slogan: "We work for a more liveable world”.

That this is not just an empty phrase is confirmed by decades of experience, expertise, and commitment. The base of its everyday activities is the satisfaction of its customers, reached with the high quality of the services.

Transfer of the ownership will take effect immediately upon signing of the agreement, except for the sale of ISS Hungary which is subject to customary antitrust approval and expected to close approximately 1 month after signing.

B+N Reference Zrt. considers its social mission to raise awareness of the importance of cleaning work and fights for its recognition since it works with 4,100 cleaning staff in Hungary.

Appreciation of manual-labour is the core value of the company. In this context, in 2020, it launched its “Notice” campaign, aiming to raise the social esteem of cleaners. In the campaign, the company draws attention to the valuable work of cleaners.

It intends them to receive their due respect. B+N Zrt. also wants to start this change in its new markets. Strives to retain and value all local workers as much as possible – the same way as in Hungary.