Ferencváros President on Stöger’s Dismissal: Our Squad Unsuitable for a Western-Style Trainer 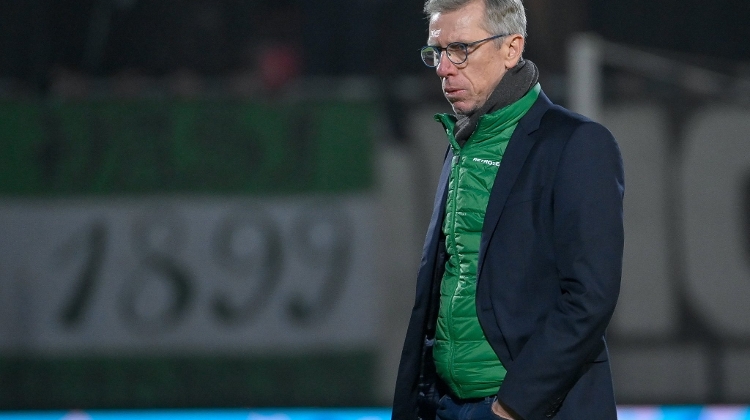 Ferencváros’ current squad is unsuitable for a Western-style manager, president Gábor Kubatov said, explaining that the failure of renowned Austrian coach, Peter Stöger, was his own fault.

Following a failure to qualify for the Champions League, and then claiming five defeats in a row in the Europa League, Ferencváros sacked the Austrian professional only recently appointed in the summer. The decision coincided with reported motivation issues within the squad.

“My fault. I really wished to belong to Western Europe. I wanted a professional who had managed a leading club in Western Europe to come to us. Someone who had already left his mark in the German Bundesliga. We sat down and I met a fantastic intellect. He knows everything about football, he’s a great professional, he’s a clever man – but he’s not right for our squad. And now, after ten years, I’ve learned something [new] once again. It’s a pity, I can see that our squad doesn’t respect such fine gentlemen,” FTC president Gábor Kubatov stated at his regular end-of-the-year address. (Besides being the president of the Ferencváros club, Kubatov is also a ruling Fidesz party director).

This comes on the heels of and perhaps somewhat explains the recent appointment of Russian Stanislav Cherchesov.

Similarly to Stöger’s predecessor, Ukrainian Serhiy Rebrov (who led Fradi into the Champions League  group stage and was also elected as Manager of the Decade), the former renowned goalkeeper, is also known to be a strict, heavy-handed football professional, which he hasn’t hidden in the interviews made after signing his contract.

After the autumn season, Ferencváros tops the first-division championship with a one-point lead and one match in hand.