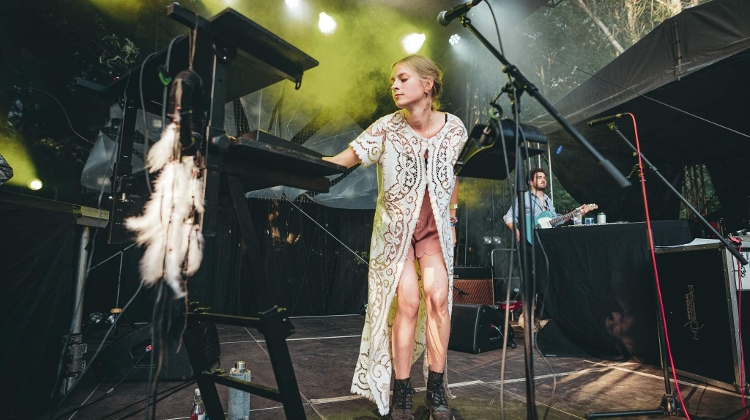 Deva (Dorina Takács) has been awarded a prestigious and popular European music prize. The 21-year-old Hungarian singer-songwriter was one of the winners of the Music Moves Europe award at the Eurosonic Festival in Groningen, in the Netherlands.

The Hungarian artist combines electronic music and folk in her songs to create a unique sound.

"I was very surprised to be awarded and to win the jury’s approval with my music. A lot of people came to congratulate me in Groningen, even though they don’t understand the lyrics in Hungarian, but they are very open to what I do,” said Deva, who spoke to MTI by phone from Groningen.

The award is the successor to the European Border Breakers Awards (EBBA) and the Music Moves Europe Talent Award (MMETA), which has previously been given to artists such as Stromae, Adele, Mumford and Sons, and Dua Lipa.

Deva is the second Hungarian artist to receive a Music Moves Europe Award, following the success of Harmed in 2020. The prize is worth €10,000 (around HUF 3.7 million).

Deva’s first album, Csillag (Star), was timed to coincide with an online event in Groningen on Thursday night; the singer and her band provided a quarter-hour video preview of the new songs on the Eurosonic site.

"I like to write music when I’m surrounded by peace and tranquility, and I feel inspired by the experiences I’ve had. Maybe that’s why there can be a kind of ethereal feel to what I perform.”

She says that with the songs on Csillag, she wants to draw attention to the importance of harmony, striving for spiritual balance, and living together with nature.

The official album launch will take place on January 29th at Trafo in Budapest. Dorina Takács (vocals, synthesizer) will be joined by Adrián Chrobák (guitar), Balázs Szallabek (DJ, guitar) and Fanni Zahár (flute). Csillag will not only be released digitally but also on CD, and a vinyl version is also planned.