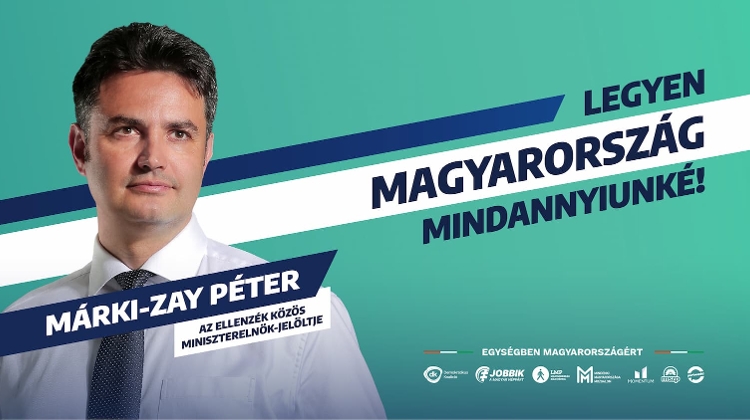 The united opposition’s candidate for prime minister did not speak alone this time but was joined by András Simon (pictured, left), a former ATV television host already on his communications staff.

Szijjártó and Pintér are most to blame for pandemic failures

On Márki-Zay’s statement about Fidesz “enjoying itself” while the opposition mourns, Simon clarified that the opposition prime minister-designate was referring to the cabinet meeting held on Wednesday, a day after it had been announced that the number of coronavirus deaths in Hungary had reached 40,000.

Márki-Zay criticized the Orbán government’s management of the pandemic, claiming that 193 out of 197 nations had dealt with the epidemic better than Hungary has.

He put blame squarely on Minister of Foreign Affairs and Trade Péter Szijjártó for the government’s failure in this area, saying that he was essentially the person in charge of stealing. But Interior Minister Sándor Pintér also bears blame by viewing health care as a business, Márki-Zay said, noting that Pintér has forced health care workers to stay at their jobs without being adequately compensated for it.

The opposition’s signature drive for a two-question national referendum is going extremely well, and they may get the required number of signatures within a few days, Péter Márki-Zay said of the initiative organized by the United for Hungary opposition and the Hungarian Two-Tailed Dog Party on the Fudan University issue and the extension of unemployment benefits.

Although nominally only 200,000 signatures are needed to get the referendum approved, the opposition is aiming to get 230,000 just to be sure.

The mayor of Hódmezővásárhely also talked about the fact that Prime Minister Viktor Orbán and Minister Gergely Gulyás are obviously trying to make it impossible for the opposition to hold its referendum at the same time as the government’s own “child protection” referendum and the parliamentary elections.

Despite this, the opposition coalition is asking the government to certify the petition signatures in a timely manner.

Price freeze policy brings Hungary back to its days under socialism

The opposition’s prime ministerial nominee also addressed the government’s new policy to roll back prices on several food products to their levels in October last year.

Orbán won’t resist the challenge of a debate

Towards the end of the livestream, the topic of a prime ministerial debate also came up. Péter Márki-Zay said that he was confident Viktor Orbán would agree to debate him, because he did not think the Prime Minister could bear to keep his distance from voters or his colleagues in Fidesz. He could even regard it as a challenge.

Shortly after the live broadcast, Márki-Zay put up a post on Facebook challenging Prime Minister Viktor Orbán to a debate.

Let’s debate how we envision the future of the economy, health care, and migration, so people can learn who has actually done what, and what they think of our common home, Hungary! - wrote Péter Márki-Zay in his post.