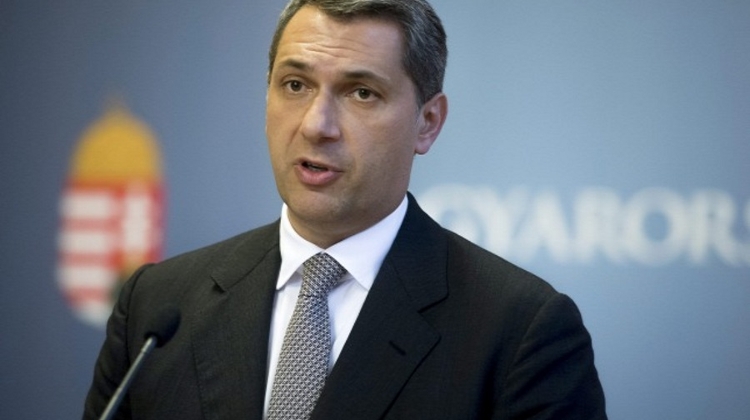 Péter Márki-Zay is not only vying to win the elections as the opposition’s candidate for prime minister, but is also running as an individual candidate for a parliamentary seat in Csongrád-Csanád County’s 4th electoral district. The incumbent is Fidesz politician János Lázár (pictured), who is running for re-election.

Márki-Zay believes that debate is the basis for democracy, and as Prime Minister Viktor Orbán will not agree to debate him, he has thrown down the gauntlet for Lázár:

I ask János Lázár to pay his respect to the electorate by doing this. I am confident that he will be braver than his boss, and not run away and hide behind lies. - wrote the politician in a post directed to the former mayor of Hódmezővásárhely and minister of the Prime Minister’s Office.

The opposition’s prime ministerial candidate is currently campaigning around the country. According to nyugat.hu, Márki-Zay made several important statements in a press conference on Saturday evening.

Among other things, he said that if the opposition could form a government, all of the cities with county rights will receive the 1.4 billion Ft. (US $4.43 million) in compensation that they were entitled to but did not receive.

These include opposition cities, including Szombathely and Márki-Zay’s hometown of Hódmezővásárhely, where he is the current mayor.

He also promised that he would restore certain powers to municipalities that had been taken away from them, such as over construction-related matters, the car tax, and their independent functioning.

Moreover, if a municipality requests it, it will also have its primary and secondary schools and outpatient clinics returned.

Szombathely Mayor András Nemény said in response to a question about this that his city would also ask for these institutions to be returned to them, as he believes they are an essential part of municipal government.

Márki-Zay also mentioned that there are currently 17,000 people who have signed up to be ballot counters for the opposition side. They are hoping to have a total of 21,000 people for this effort, but even now, they have more counters than in 2018.

In addition, the opposition leader revealed that the top five spots on the joint opposition list will be the coalition’s five most popular politicians. According to a large-sample poll, 53% of Hungarians are hoping to change the government this year.