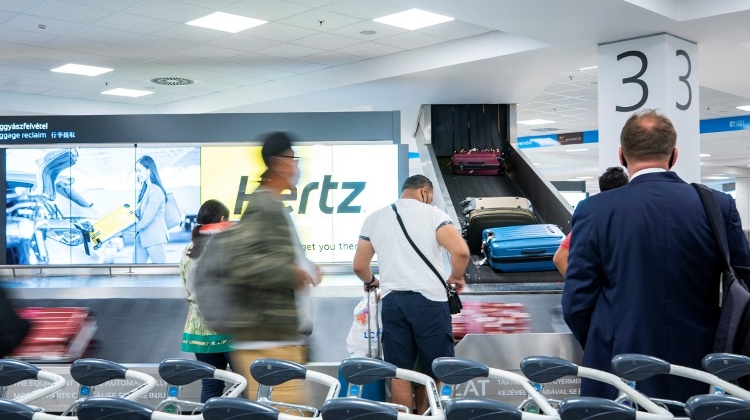 EasyJet’s Manchester service will resume three times a week from the end of March, and Ryanair will likewise resume two flights a week to Rimini in Italy. Wizz Air’s returning routes will include two weekly flights to Abu Dhabi, Castellon de la Palma and Skopje, while Ukrainian International Airlines will restart its Budapest-Kyiv service, with 4 flights a week.

The summer schedule at Ferenc Liszt International Airport includes some new additions and the return of several routes closed due to the pandemic. One of last year’s big announcements was that LOT Polish Airlines will re-launch direct flights between Budapest and New York from June 2022.

The service had been very popular with passengers, and from this summer, New York will again be accessible without changing, thanks to the carrier’s Boeing 787 Dreamliners, which will operate three times a week.

This January brought a big surprise for travelers; Air Canada will resume direct flights between Budapest and Toronto from May to October 2022. The Canadian airline will fly its Boeing 787-9 Dreamliners to the North American city three times a week in the summer schedule, offering passengers a total of 894 seats per week.

Among the already announced new destinations, we can welcome Chișinău, the capital of Moldova, which will be accessible in the summer schedule with 2 Wizz Air flights a week. Budapest Airport also has good news for Turkish holidaymakers; SunExpress is launching a weekly flight to Izmir, Turkey, which has never had a direct flight from Budapest before. Izmir, the third largest city in the country, attracts tourists as an impressively modern and vibrant destination, which will now be accessible from the Hungarian capital without changing.

In addition to the destinations shaping up by the beginning of February, Budapest Airport will also welcome more new and re-launched flights in the summer schedule, further enriching the list of cities accessible directly from the Hungarian capital. These are expected to be announced in the coming weeks.

January produced good figures at Ferenc Liszt International Airport. Recovering passenger traffic is already approaching 60% of the pre-pandemic level of 2019, while the volume of air cargo has remained stable at over 15 000 tons.

In the first month of the year, a total of 562,635 passengers used Budapest Airport, an increase of more than 750% compared to the same period last year. Currently, a total of 101 airports in 37 countries can be reached directly from Ferenc Liszt International Airport, courtesy of 27 airlines.

The most popular destinations in January were London, Paris, Moscow and Dubai, while the flexible entry rules are also increasing the number of foreign tourists traveling to Hungary.

In other words, the trend is continuing; passengers and accessible destinations are returning to Budapest Airport in increasing numbers every month. In January, the number of passengers nearly reached 60% of the 2019 level, and 80% of destinations are available again from Budapest.

As for air cargo, after the record of 183 362 tons of cargo last year, the momentum in air freight has not been broken in January 2022. In the first month of the year, the volume of cargo handled at Budapest airport reached 15,748 tons, an increase of 25.8% compared to the same period last year, with only 8.2% more flights.