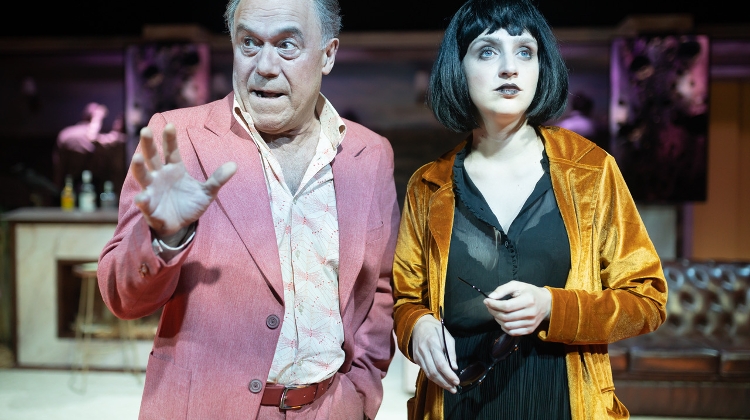 Based on the novel by the star of Latin American literature Roberto Bolaño, The Savage Detectives is a grandiose theatrical undertaking at the Radnóti Tesla Laboratory this season.

Linked to the production from this February, the Radnóti Theatre will start a collaboration with the Embassy of Spain, the Instituto Cervantes, and the Embassy of Chile.

One part of the endeavour is to initiate engagement with English and Spanish speaking audiences in Budapest who are interested in seeing the Hungarian stage adaptation of the novel.

With the support of the Embassy of Spain, the theatre will provide surtitles for four performances of The Savage Detectives: on 24 February and 14 April in English, on 29 March and in May in Spanish.

The surtitles will be visible from Seats 33-144; we kindly ask everyone who might be interested to book tickets accordingly.

As part of the collaboration, a four-part series of post-show talks in Hungarian will also be held following the surtitled performances, discussing the links and parallels between Latin American and Hungarian culture and the topics of openness and diversity.

The “BRIDGE Post-Show Talks” are open to the public, and anyone can join in from 9.30 p.m. to participate and enjoy the fine wines offered by the Embassy of Chile.

The talks will cover (among other topics) the neo-avant-garde movements in Hungary and Latin America and the legacy of the world-known author Roberto Bolaño, owing much of his fame to his novel, The Savage Detectives.

You can access the playbill in English on this link:

You can access the playbill in Spanish on this link: