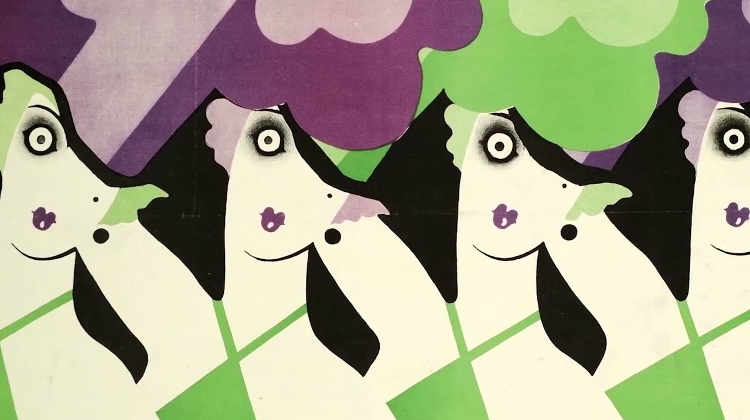 It was on display until 28 August. The Hungarian National Gallery’s exhibition titled Art Deco Budapest. Posters, Lifestyle and the City (1925–1938) presents a comprehensive overview of the distinct visual culture of the interwar period.

The main focus of the exhibition is Hungarian Art Deco, with a highlight on poster art and modern urban lifestyle. The majority of the more than 250 exhibits are rarely seen at exhibitions, and some of them are displayed for the very first time.

The Hungarian National Gallery’s large-scale exhibition seeks to portray the exciting period of the 1920s and 1930s, which brought about important changes. It takes visitors on a journey through the era and Art Deco using the genre of the poster.

One hundred years ago, after the trauma of World War I and the devastation of the Spanish flu, in the second half of the 1920s, the economic consolidation was coupled with people’s unfettered desire to enjoy life, with glamour and the sometimes decadent lust for life being at the heart of Art Deco tastes.

Art Deco drew on a wide range of inspirations: the achievements of avant-garde fine arts, decorative stylisation and elements of historical styles as well as a rediscovery of folk art, exotic cultures, and even ancient Egyptian art. Above all,

Art Deco posters sought to catch people’s attention through dazzling spectacle, the glamour of elegance, the seduction of eroticism, the allure of the exotic, the thrill of speed, and the eerie romanticism of the underworld. Art Deco equally exerted an influence on fine arts and applied arts, film, theatre, music and architecture.

The exhibition focuses on the visual culture of Hungarian Art Deco, with an emphasis on poster art and modern urban lifestyle. It presents a comprehensive picture of the distinct visual culture of the interwar years through a display of special posters, furniture, garments, films and urban spaces, and draws attention to all the elements that played a role in shaping public taste at the time.

The exhibited posters document the phenomena of the period: the new feminine ideal, modern fashion, the cult of sport and health as well as inventions – the automobile, radio, talkies – and new forms of entertainment, such as jazz concerts, nightclubs, and revues.

Visitors can see more than 130 posters and numerous poster designs by the period’s foremost graphic designers, including big names such as Róbert Berény, József Bottlik, István Irsai, Lajos Kozma, Kató Lukáts, Gitta Mallász, Tibor Réz Diamant and many more. Their posters advertised the luxury goods of the era, the films running in the cinemas as well as the cafés and nightclubs in Pest.

The exhibition gradually takes visitors from the private and personal to the public sphere. It starts with the objects of women’s new fashion and body culture, middle-class interiors with modern furnishings, objects of everyday use and decorative pieces, the masterpieces of Art Deco applied art.

These are followed by the lively spaces of the big city, Budapest, evoking the glamour of urban supermarkets and cinemas, the cult of Hollywood stars, as well as the legendary Budapest nightlife.

Posters from the period feature Josephine Baker’s Budapest performance and revue dancers in dazzling costumes. One of the most beautiful Hungarian Art Deco posters, designed for Fritz Lang’s film Metropolis creates the vision of the modern big city filled with skyscrapers, also dates from this period. From the mid-1930s picturesque posters promoted Budapest as “the city of baths” and other regions of Hungary.

No comprehensive exhibition has ever been organised to present Budapest, as a metropolis in the interwar years in such complexity. Besides posters, periodicals, advertisements, magazine illustrations and applied art objects: furniture, ceramic and glass works, garments, shoes, accessories, sheet music, costume and furniture designs as well as architectural drawings evoke the era.