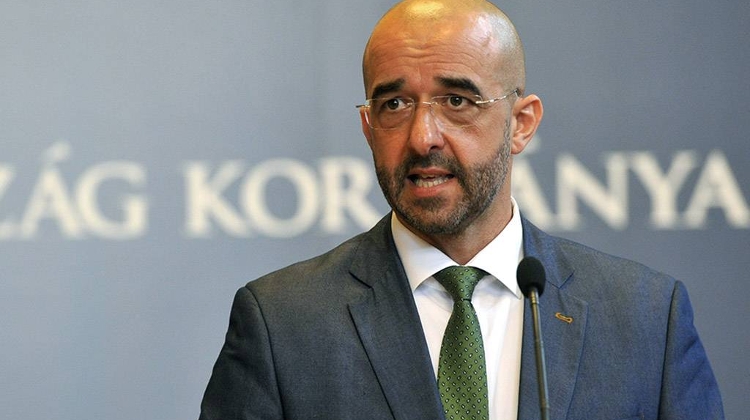 Hungary will not send weapons or troops to Ukraine “under a mandate the Hungarian people has given to the government”, Zoltán Kovács, state secretary for international relations, told US news channel CNN.

Dismissing a question suggesting that Hungary had a different position from the European Union, Kovács said the country was “one hundred percent” in support of the decisions of NATO and the EU, but added that Hungary would not “let itself be dragged into this war”.

Asked about Prime Minister Viktor Orbán’s recent remarks that Hungary could pay Russia in rubles for gas, Kovács he said the EU did not have a common policy for gas and oil purchases and under Hungary’s bilateral agreements with Russia the currency for payments was “merely a technical detail”.

This does not mean bypassing international policies concerning sanctions against Russia, he added.

Kovács noted that the Hungarian economy and households were 85% dependent on Russian gas and said there were currently no alternative gas and oil resources “despite messages from other parts of Europe and Ukraine that the current practice should be abandoned”.

Concerning the Ukraine war, Kovács said Hungary supported the EU’s and NATO’s decisions aimed at achieving peace. “At all cost, by all means, a ceasefire must be reached as soon as possible,” he said.