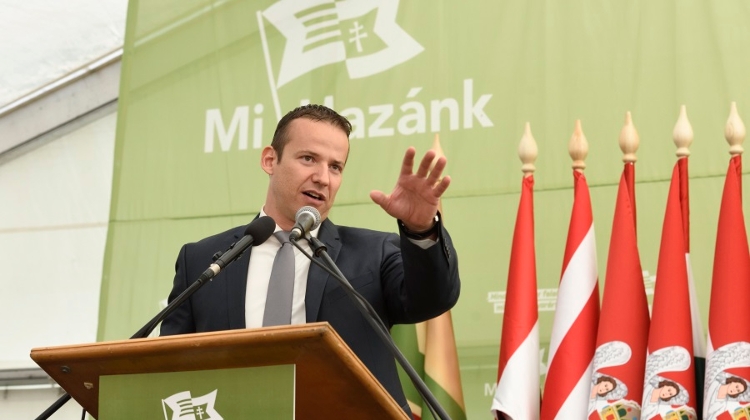 Median’s first opinion poll after the election on party preferences showed some remarkable results. The HVG-commissioned poll showed the governing Fidesz-KDNP coalition at 54% support, slightly higher than the 52% their party list received in the election, while the opposition stood at 34%, a decrease compared to their joint party list result of 36%.

Fidesz’s lead expanded to 57%, however, when respondents were asked which party they would vote for in “a soon-to-be-held election.”

But Our Homeland experienced a similar growth in support: after winning 5.88% of the party list vote, the far-right upstart party won over 9% of eligible voters, 8% of voters who have chosen a specific party, and 8% of the total voting population.

Support for Our Homeland among the entire population is just 1% higher than that of the Democratic Coalition, and 2% ahead of Momentum’s 6% support, although these differences are still within the margin of error. In addition, Our Homeland President László Toroczkai is the third-most popular politician among the entire voting population.

Medián notes that the phenomenon of Our Homeland’s rise is very similar to what was seen after Jobbik’s result in the 2009 European elections. At that time, Jobbik gained popularity after passing a certain threshold of support, as more people began to find it acceptable to openly express their sympathy for the formerly far-right party.