Orbán Elected as Prime Minister for Fifth Time, Says “We Are the Future of Europe” 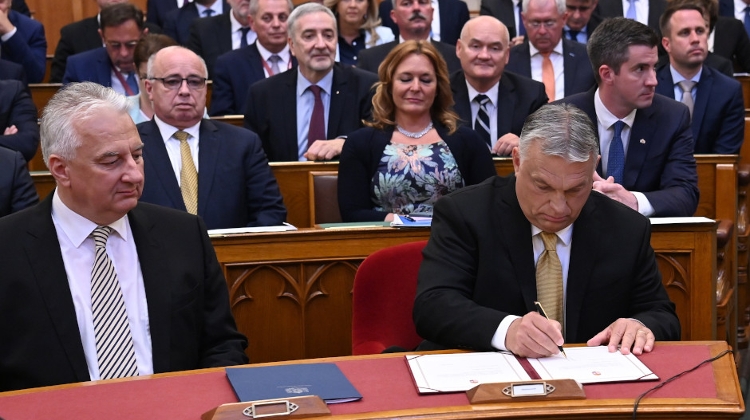 Viktor Orbán was elected as prime minister of Hungary for the fifth time, reports Telex.

In his inauguration speech in Parliament, Orbán repeated many of the well-worn slogans heard during the campaign, such as how Hungarians did not want war, security was paramount, the utility price cuts will remain, Hungary will retain its sovereignty from Brussels, and the country will not admit migrants. He also mentioned the fight against the gender and LMBTQ-lobby, and railed against George Soros.

But the newly-reinstalled Prime Minister also heralded a new theme as well, announcing that the coming decade will be “an age of dangers, uncertainty, and wars.”

It’s also important if a nation knows its place in the world, said Orbán, and in Hungary’s case, the country has captured the attention of the West because it “has become the last bastion of Christian conservatism in the Western world.”

In addition, he believes that there is a greater awareness that Hungary is an island of peace and the home of freedom, and that the country is getting more and more followers. “National policy is not the the past, but the future,” said Orbán.

Thirty years ago, we thought that Europe was our future. Today, we think that we are the future of Europe. - he said at the end of his speech.