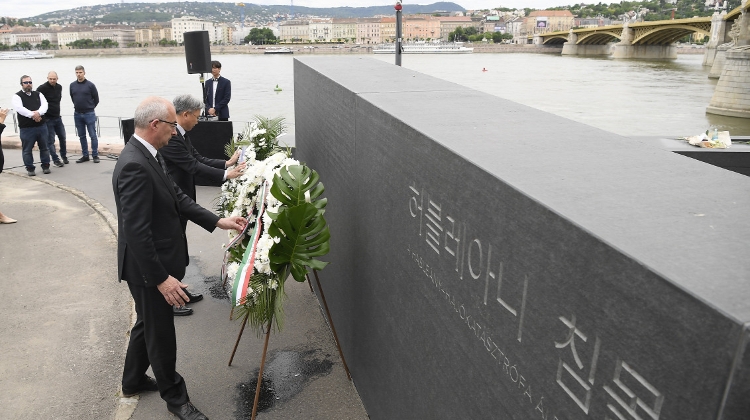 A commemoration was held at Margaret Bridge in Budapest on Sunday to mark the third anniversary of a boat accident on the Danube which killed 28 people.

Park Chul-min, the ambassador of Korea, and Péter Sztáray, Hungary’s state secretary for security policy, laid wreaths at the spot to commemorate the Korean and Hungarian victims.

“The tragedy from three years ago is carved into the memory of millions of Koreans and Hungarians. The two nations shared and still share the pain in mourning,” Sztáray said.

“The shock caused by the tragedy has brought the citizens of the two nations closer together,” he added.

Park Chul-min expressed thanks to the foreign ministry and Budapest’s 5th district’s local council for the possibility to pay tribute to the victims of the tragedy at the memorial built at the bridge.

On May 29, 2019, the Viking Sigyn cruise ship collided with the Hableány sightseeing boat which had 33 South Korean tourists on board and a crew of two Hungarians.

Seven tourists were rescued from the water after the collision and the rest died. One of the bodies has not been recovered. The trial of the captain of the Viking Sigyn is still ongoing.