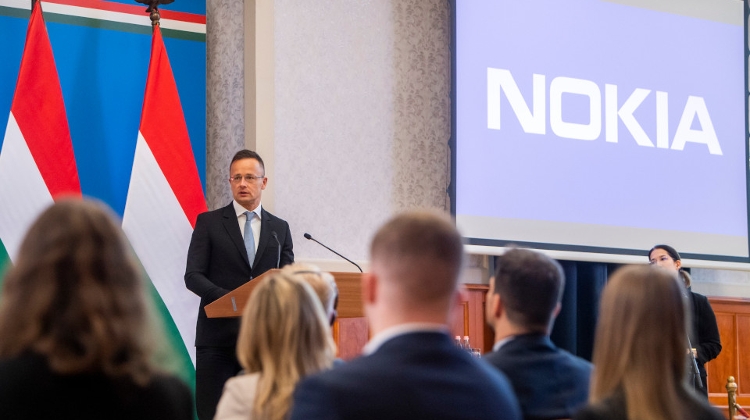 Finnish telecommunications and IT company Nokia’s 2.5 billion forint (EUR 6.35m) investment is set to create 150 advanced-skill jobs in Budapest as part of an R&D programme in 5G technology, Péter Szijjártó, the minister of foreign affairs and trade, said on Tuesday.

The government is supporting the investment with a 633 million forint grant, Szijjártó said. Nokia now employs more than 2,000 people at its R&D centre in Budapest, which helps keep young talent in Hungary, the minister said.

Szijjártó said the pandemic had further accelerated the dimensional shift of the Hungarian economy, adding that the country aspired to go from the “Made in Hungary era” to the “Invented in Hungary era” as quickly as possible.

He said Hungary had made the right decision by focusing on the race for high value-added investments.