Contingency Plan in Place If Gas Deliveries to Hungary Stop 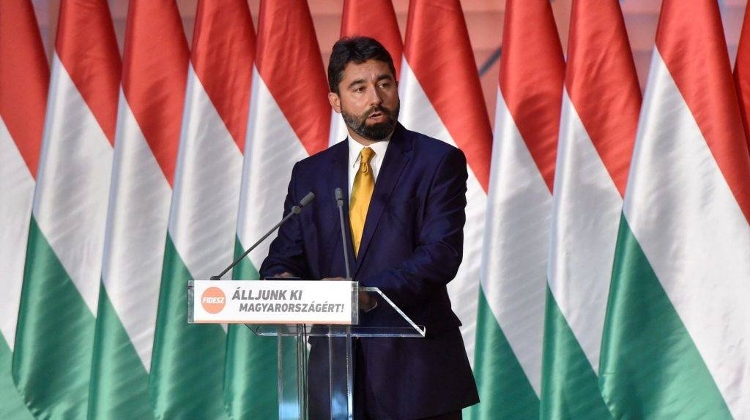 Ruling Fidesz and Christian Democrat MEPs on Wednesday dismissed a draft report by the European Parliament’s Committee on Civil Liberties, Justice and Home Affairs (LIBE) “condemning Hungary” as “a lie”.

For more than a decade, the European left has failed to “digest” that a Christian Democratic government espousing national values has been re-elected “over and over again”, Fidesz MEP Balázs Hidvéghi told a press conference in Brussels.

He said the report by French leftist MEP Gwendoline Delbos-Corfield added to a number of “lies” presented in reports by rapporteurs Rui Tavares and Judith Sargentini.

Hungary is at grave risk of breaching European values in a “deliberate and systematic” way, according to the draft LIBE report on the state of the rule of law in Hungary, adopted on Wednesday with 47 votes for, 10 against and 2 abstentions.

Hidvéghi called it “appalling” that while Europe faced an economic crisis because of the war in Ukraine coupled with soaring energy and food prices, all the European left could do was “launch another attack against Hungary”.

“Their aim is to prevent Hungary from reaching an agreement with Brussels on accessing EU recovery funds it is entitled to…” he said. He slammed DK MEP Klára Dobrev and Momentum’s Anna Donáth for “assisting” in that effort.

Hidvéghi said that besides the “already well-known accusations and lies”, the report was “full of absurdities”, one of which was that Hungary had “adopted draconian laws against journalists”. He added that “everybody can write and say what they want” in Hungary.

Hidvéghi said that the report “strongly attacked” Hungary’s child protection law, and urged the country to take in illegal migrants and accept distribution quotas. Hidvéghi thanked the right-wing MEP on the LIBE body who “stood up for Hungary and the Hungarian people” when the draft report was debated.

The draft report identifies shortcomings with Hungary’s constitutional and electoral system, the independence of its judiciary, the rights of judges, and flagged corruption as a problem.

It also raises concerns regarding privacy and data protection, freedom of expression, including the diversity of mass media, academic freedom and freedom of religion.

The LIBE report also said there were concerns over the rights of migrants, asylum seekers and refugees in Hungary.

The committee called on the European Commission to use every means at its disposal to protect European values, and urged it to withhold approval the Hungarian plan, on the basis of which the country would tap EU recovery funds, until Hungary fully complies with all relevant recommendations of various European bodies and courts.

It said that the way Hungary disburses EU funding may contribute to the misuse of those monies. The draft report will be presented to the EP from September 12 to 15 in Strasbourg.