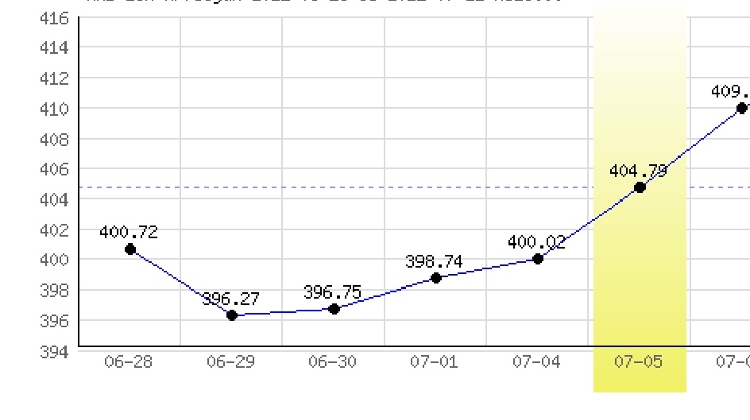 The forint started to weaken on Thursday morning after the MNB raised its one-week deposit facility interest rate by 200 basis points, then firmed later when verbal interventions helped the Hungarian currency.

The MNB also announced that it will not wait until the end of the month to raise the base rate again, and announced additional measures to help foreign-currency liquidity.

As a result of these, the forint suddenly strengthened further, to below 405 per euro in the afternoon trading.

According to investment director Viktor Szabó of the London office of investment bank abrdn, the weakening of the forint is still primarily attributable to external factors, but there were "interesting market reactions", for example when the forint weakened on Thursday morning despite stronger-than-expected foreign-trade data.

In the case of Hungary, another problem is that monetary transmission – the process through which monetary policy decisions affect economic growth, prices, and other aspects of the economy – does not work, he added.

Even though the central bank keeps raising the interest rate, companies continue to get funds at discount rates as a result of state support, so the tightening of the conditions does not pass through to the economy, he said.

“You cannot beat inflation when the economy is stimulated by other means”, said Szabó. “Hungary is trying to play the Turkish game; that is, having two sets of interest rates, a higher external and a lower internal rate, but we have seen that this does not work in an open economy”.

According to Szabó, "we should accept a reduction in consumption to cool the economy", because in the present external environment, the double-rate solution is not accepted by the market.

Central Bank Raises Base Rate by 50 Basis Points in Hungary